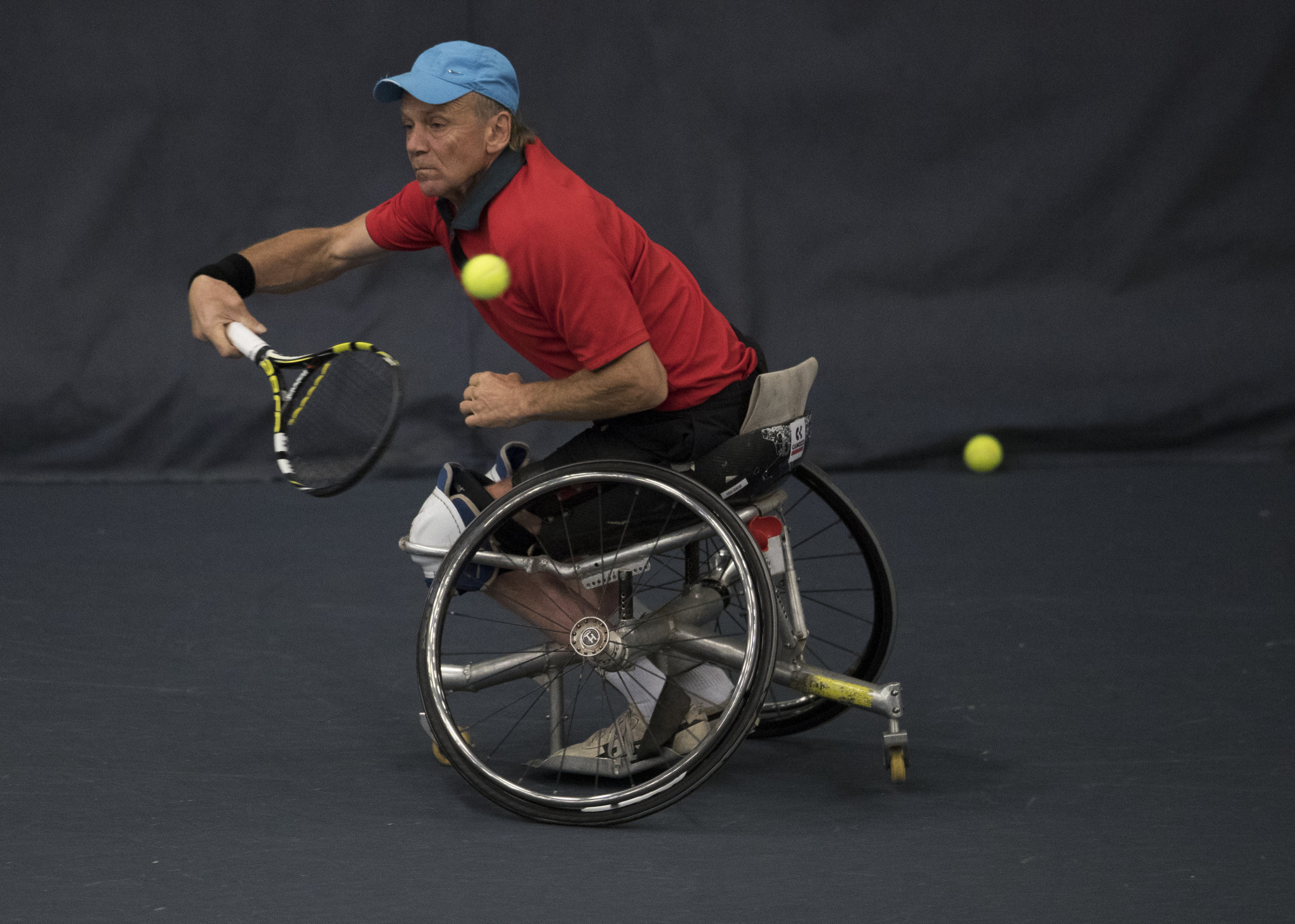 Legner, who started his ITF Wheelchair Tennis World Team Cup journey in 1991 in Irvine in the US, claimed a 6-3, 6-1 singles win over Conner Stroud to ensure Austria would at least take the Group One tie to the deciding doubles rubber at Larry and Mary Greenspon Israel Tennis Centre.

That was exactly the scenario in which they found themselves after Casey Ratzlaff beat Nico Langmann by the same scoreline in the second singles rubber.

Today’s other men’s Group One match ended in a 3-0 victory for Japan against Poland.

In Group Two, there were 3-0 wins for France and Spain against Brazil and Sri Lanka, respectively.

Fourth seeds Argentina and former champions the Netherlands both secured 3-0 victories on the first day of round robin competition in Group Three, defeating Israel and South Africa, respectively.

In Group Four, 2017 bronze medallists Belgium overcame China 3-0, while 2015 champions and 2018 silver medallists Great Britain were 2-1 winners at the expense of South Korea.

As for the women’s event, 2017 champions China made a winning start to Group Three with a 3-0 victory over France.

There was also a 3-0 win for the US over Switzerland in Group One.

Elsewhere, Thailand and South Africa had 2-1 victories over Brazil and Colombia, respectively, with the former competing in Group Two and the latter in Group Four.

Israel and the US's quad event teams met each other in one of today's most eagerly-awaited encounters, with the host nation earning a thrilling 2-1 win.

With an all-important early opening win on the line, Brian Barten and Taylor struck first before Gershony and Weinberg fought back to take the second set and wrap up a 1-6, 6-1 (10-6) victory after a tie-break.

Today's other Group One match also ended in a deciding tie-break as Japan edged out Brazil 2-1.