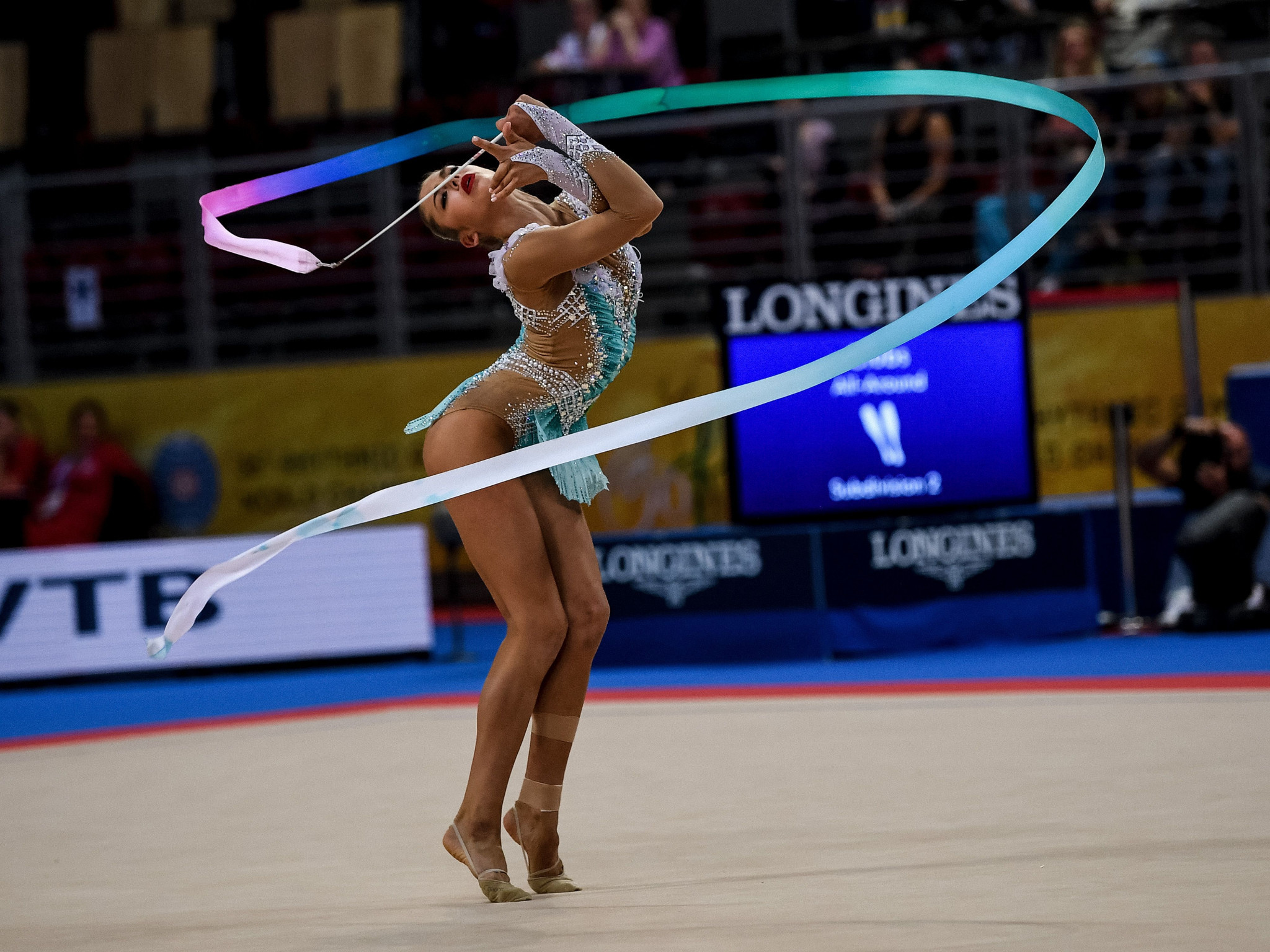 Soldatova, eight times a world medallist, had led the standings after the hoop and ball competition on the opening day, and she confirmed her position with another imperious performance today as she scored 21.400 in the clubs discipline and 18.800 in the ribbon to finish with a total of 82.450.

Israel’s winner of all-around silver at last year’s World Championships, Linoy Ashram, third overnight, moved up to second place with a score of 80.450, and home gymnast Katrin Taseva was third with 80.150.

Vladinova, who two years ago in Sofia won World Cup gold in the individual all-around, ball, ribbon and hoop events, was fourth after an opening day’s total of 40.500, but scores of 17.750 in the clubs discipline and 17.650 in the ribbon discipline dropped her down to eighth place with a total of 75.900.