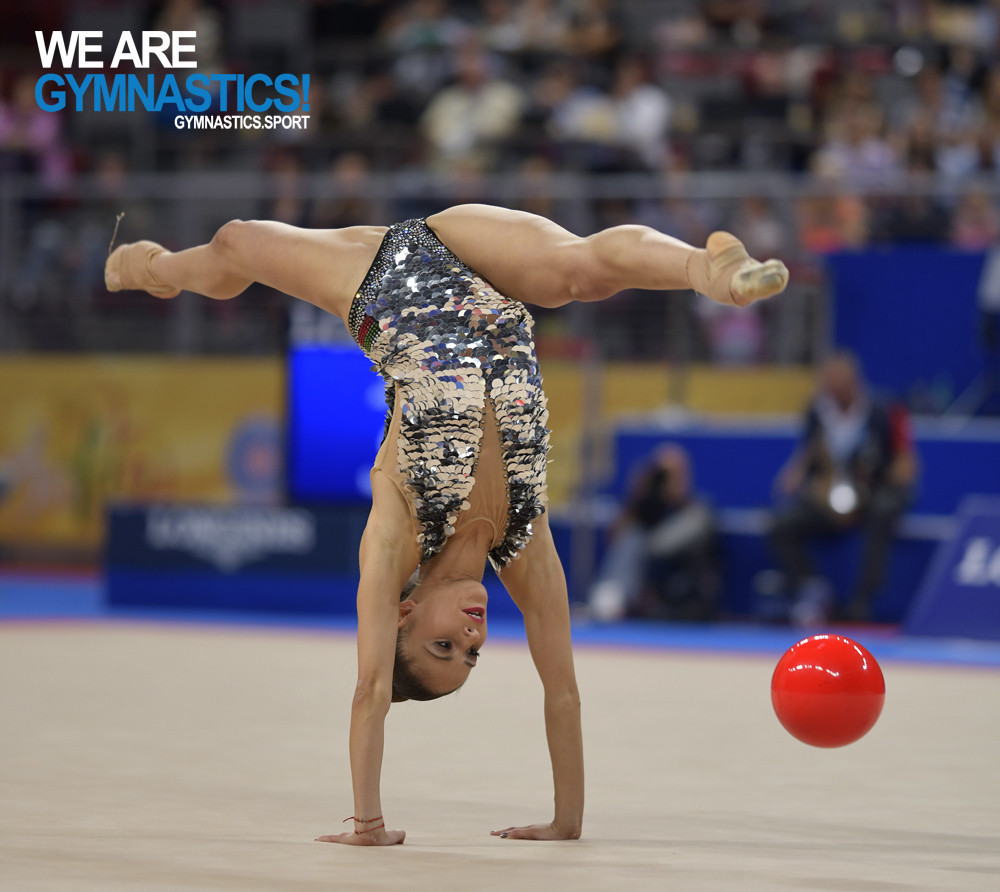 Neviana Vladinova will be hoping for further success in familiar surroundings as the Rhythmic Gymnastics World Cup series heads to her home town of Sofia, with competition starting tomorrow and concluding on Sunday (April 14).

Two years ago in the Bulgarian capital, Vladinova won World Cup gold in the individual all-around, ball, ribbon and hoop events, as well as silver in clubs.

After missing last year’s competition, which sits within the International Gymnastics Federation (FIG) programme, the 25-year-old is ready to reach for those heights once more.

“I want to make all the finals and win some medals, that is my target,” Vladinova said.

“It was like a dream in 2017, actually I don’t think I had ever dreamt it would be like that.

“It felt like I was some princess, I had all the medals, the crown, everything for me.”

There have been further highs for her since, however, as she returned to Sofia to help Bulgaria win team silver at last year’s World Championships, the country's first team medal for 17 years.

And earlier this year she replicated her 2017 success in Sofia with her performance in the World Cup in Lisbon, where she won the individual all-around, ball, clubs and ribbon events, taking silver in the hoop.

While Vladinova insists the level of competition has risen dramatically in the past two years, she is hopeful a pair of fresh routines can help her produce something similarly special.

“This year, I love my ribbon and my ball routines,” she said.

“But the hoop is really difficult for me.

“I am practising it a lot, but you have to master so much, throwing and catching and moving.”

All five will be relishing the chance of success in Sofia, particularly with Russia’s all-conquering Averina twins not taking part.