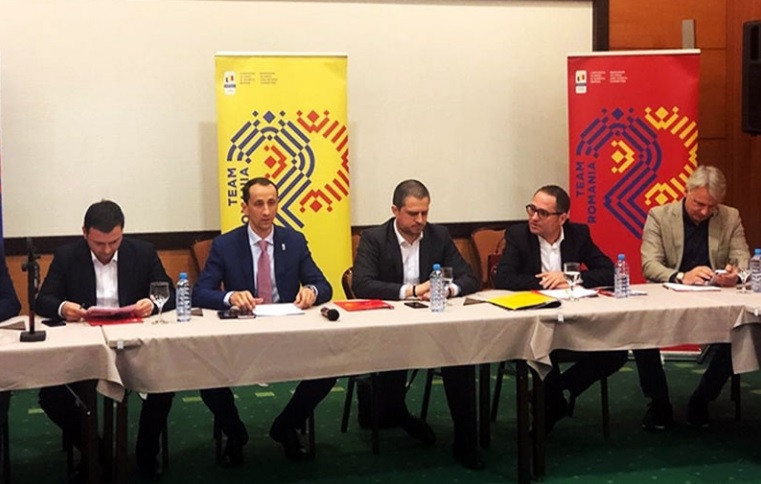 Brașov is set to enter the race for the 2024 Winter Youth Olympic Games after officials from the Romanian Government pledged to support a possible bid from the city.

Government officials held positive talks with the Romanian Sports and Olympic Committee (COSR) at a meeting in Brașov on Sunday (March 24).

Deputy Prime Minister Vasile-Daniel Suciu, Tourism Minister Bogdan Trif, Minister of Youth and Sports Bogdan Matei and Minister of Finance Eugen Teodorovici revealed they would recommend to the Government that Prime Minister Viorica Dancila "sign a cover letter for the organisation of the 2024 Youth Olympic Games".

COSR President Mihai Covaliu and other members of the organisaton's leadership will now discuss the potential bid with the International Olympic Committee (IOC).

Covaliu claimed bidding for the 2024 event was a "unique chance for the future generations of athletes who want to participate in such a great competition and, at the same time, for the tourist area of Brașov, an opportunity to become an attractive international winter sports centre", according to the COSR.

Brașov is located in the Transylvania region of Romania and around 182 kilometres north of capital city Bucharest.

The IOC confirmed in January that Romania was one of four countries to have expressed an interest in hosting the 2024 Winter Youth Olympics.

China has also opened discussions with Lausanne 2020, the next hosts of the event, regarding a bid but the country has not yet formally indicated it wishes to enter the race.

Brașov unsuccessfully bid for the 2020 Winter Youth Olympics, suffering a comprehensive 71 votes to 10 defeat to Lausanne at the 2015 IOC Session in Kuala Lumpur.

An IOC Evaluation Report in 2015 cited unclear finance models and "rather high" levels of investment in additional venues as the organisation's main concerns with the Romanian city's candidacy.

The process to select the hosts of the 2024 Winter Youth Olympics is expected to start this year, with the successful city due to be chosen in 2020.

The exact cities in each of the other interested countries have not yet been revealed.