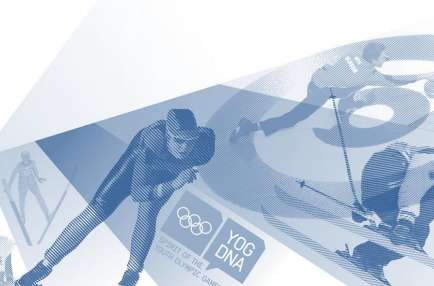 The Evaluation Report pointed out, however, that since the initial submission of its Candidature File, Brașov had added the three additional disciplines of curling, speed skating and halfpipe to its competition programme.

The financial impact of these changes to the Romanian city amounted to more than $5 million (£2.5 million/€4.5 million), including both construction and operational costs, leading to a budgetary increase of 40 per cent.

The Commission claimed that, "whilst legacy plans for the two proposed permanent venues - curling and halfpipe - are currently under investigation, the level of investment for both permanent and temporary venues seems rather high and the finance models remain unclear".

Because there are currently no snow production facilities available on site, the halfpipe venue is a particular concern, with "further studies required to determine whether sufficient resources would be available to sustain the construction and operation of a halfpipe venue at the proposed location".

Events have been held organised by the International Snowboard Federation (ISF) in Romania, is is not, but because the ISF is not a governing body recognised by the IOC, It would "therefore be key to involve FIS (International Ski Federation) in any further discussions".

Other aspects of the bid are praised - and it is pointed out that "both candidates would be capable of organising the Games" - but a Main Press Centre smaller than Youth Olympic Games requirements, and a lack of transport guarantees, are highlighted as other shortcomings

Lausanne, meanwhile, the city generally considered the big favourite in the two-horse race, also has several challenges to address.

One of these concerns the freshly unveiled Centre Intercommunal de Glace de Malley, seen as a key legacy offering and strength of the bid.

But because the skating rink there is not expected to be completed until June 2019, there will be a tight time-frame before the Games get under way just seven months later, so there is no room for any delays, the Evaluation Report warns.

An as-of-yet unconfirmed speed skating venue, travel times considered "ambitious" and concerns over guarantees regarding a relocated cross country skiing venue are also highligted, as well as the logistical challenges of holding some events over the border in France.

One interesting difference between the two relates to timing, with Lausanne proposing January 10 to 19 while Brașov', which is hoping to draw upon the experience of hosting the 2013 European Youth Olympic Festival, has earmarked February 9 to 18.

Neither city has proposed a track for sliding sport due to the "infrastructure within the city and surrounding region", with each having been specifically told not to include one in their plans.

But the possibility of sliding sports ultimately taking place has not been ruled out, possibly opening the door for events to be held elsewhere.

The chosen organisers would be expected to "commit to enter into discussions with the IOC and the two International Federations concerned regarding the options available for hosting competitions in the two sports".

A choice will be made between the two during the IOC Session in Kuala Lumpur on July 31, the same day on which a decision will made between Almaty and Beijing as to a 2022 Winter Olympic and Paralympic host.

Yang is a key member of the Beijing 2022 team and, it is interesting that today's report also highlights issues perceived as challenges in the 2022 race, such as over levels of artificial snow and overly ambitious travel times.