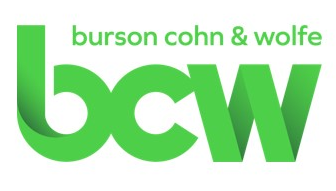 The company is based in the Swiss Olympic capital and has promised to make "full use of its global presence".

It continues the relationship between the two parties as BCW's sports arm had been Lausanne's lead consulting agency during the bidding phase for the 2020 Winter Youth Olympics.

Lausanne was awarded the Games in 2015, defeating sole rival Brasov in Romania.

"The collaboration will focus on enhancing Lausanne 2020's compelling story and bringing it to local, national and international audiences in an integrated and innovative way," a BCW statement said today.

Scott Wilson, the President for Europe and Africa at BCW, said: "BCW has a compelling and well-differentiated sports proposition globally and our Lausanne based sports practice is a truly global centre of excellence.

"The International Olympic Committee's Youth Olympic Games project has a very strong story to tell and Lausanne, as the 'Olympic capital' and home of the Olympic Movement, is a unique platform to do so."

BCW was formed following the merger of Burson-Marsteller and Cohn & Wolfe with the sports practice beginning operations under this banner in January.

Clients include the International Boxing Association.

Lars Haue-Pedersen, the managing director of the BCW sports practice, said: "It is an honour to work on an Olympic project which is being developed at our doorstep.

"We've been very close to the city and state authorities behind the project for many years and we want to thank them for their renewed trust in our team.

"We are very happy to be on board also for this final, exciting year of preparations."

In January, Virginie Faivre was appointed President of the Lausanne 2020 Organising Committee, replacing the late Patrick Baumann, who died following a heart attack in October.

"We're working hand in hand every day with hundreds of young people here at delivering next year’s event," said Faivre.

"All of us are motivated and inspired by the great story of Lausanne 2020 and we look forward to working with BCW to bring this story to life in an interesting and innovative way."