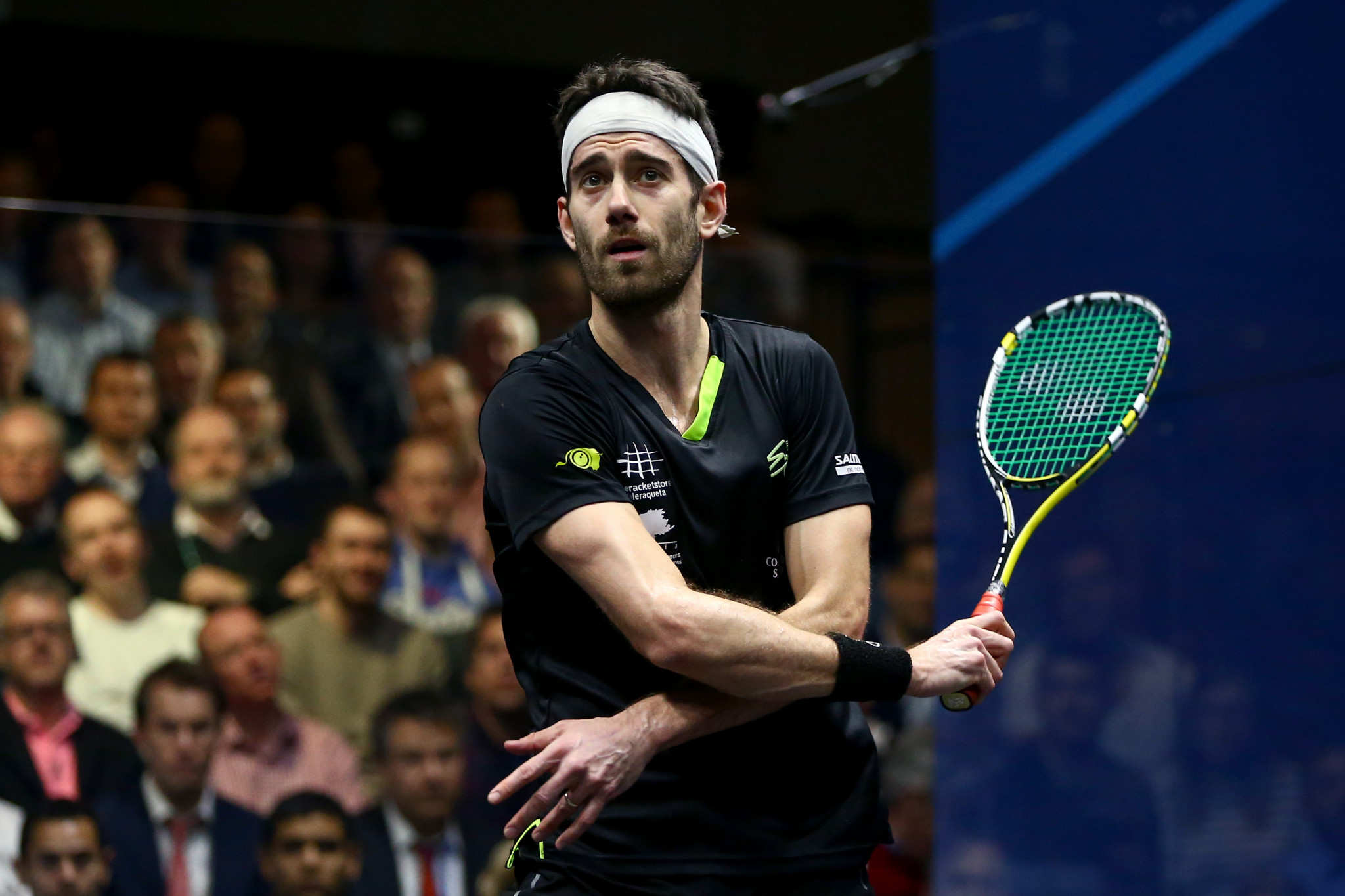 The match - the best-of-three rather than the usual best-of-five - lasted 65 minutes at East Wintergarden.

"I've known Cameron since we were juniors, we've been playing for 17 years, we're now both 36 and we're good friends," Golan said.

"Best of three is even harder, you have to be alert to every ball, the pressure is even higher, the nerves are higher, but we play in front of such a good crowd, it's only the first round and it's full."

He will now play Ryan Cuskelly from Australia but revealed after today's match that he was constantly worried about Hesham launching a comeback.

"The problem with him is that you know however far you are up, 10-5 or 8-4 or whatever it is, you just know it doesn't mean anything with him because he hits three of four winners, like he does on a regular basis, then you're losing those points," he said.

"I was very aware of all that and I'm just glad that I managed to get that last point because it was getting tough.

"He's playing all the attacking stuff, so I needed to stop him doing that."

Also winning today was Germany's Raphael Kandra, who beat another Englishman Adrian Waller comfortably 11-2, 11-2 in just 15 minutes, making it the shortest match in the history of the World Tour tournament.

While in a match that lasted more than twice as long, England's Declan James beat Scotland's Greg Lobban 11-8, 11-5 meaning he will now face world number 10 and the fifth seed Marwan Elshorbagy of Egypt.

All the top eight seeds received a bye through round one, and so will play their first matches over the next two days.

Another Englishman Daryl Selby will play the seventh seed, Egypt’s Fares Dessouky, in round two after beating his compatriot George Parker 5-11, 11-6, 11-6.

Meanwhile the second seed and world number five Simon Rösner from Germany will play Mathieu Castagnet in the second round, after the Frenchman beat English wildcard Sam Todd today 11-6, 11-1.