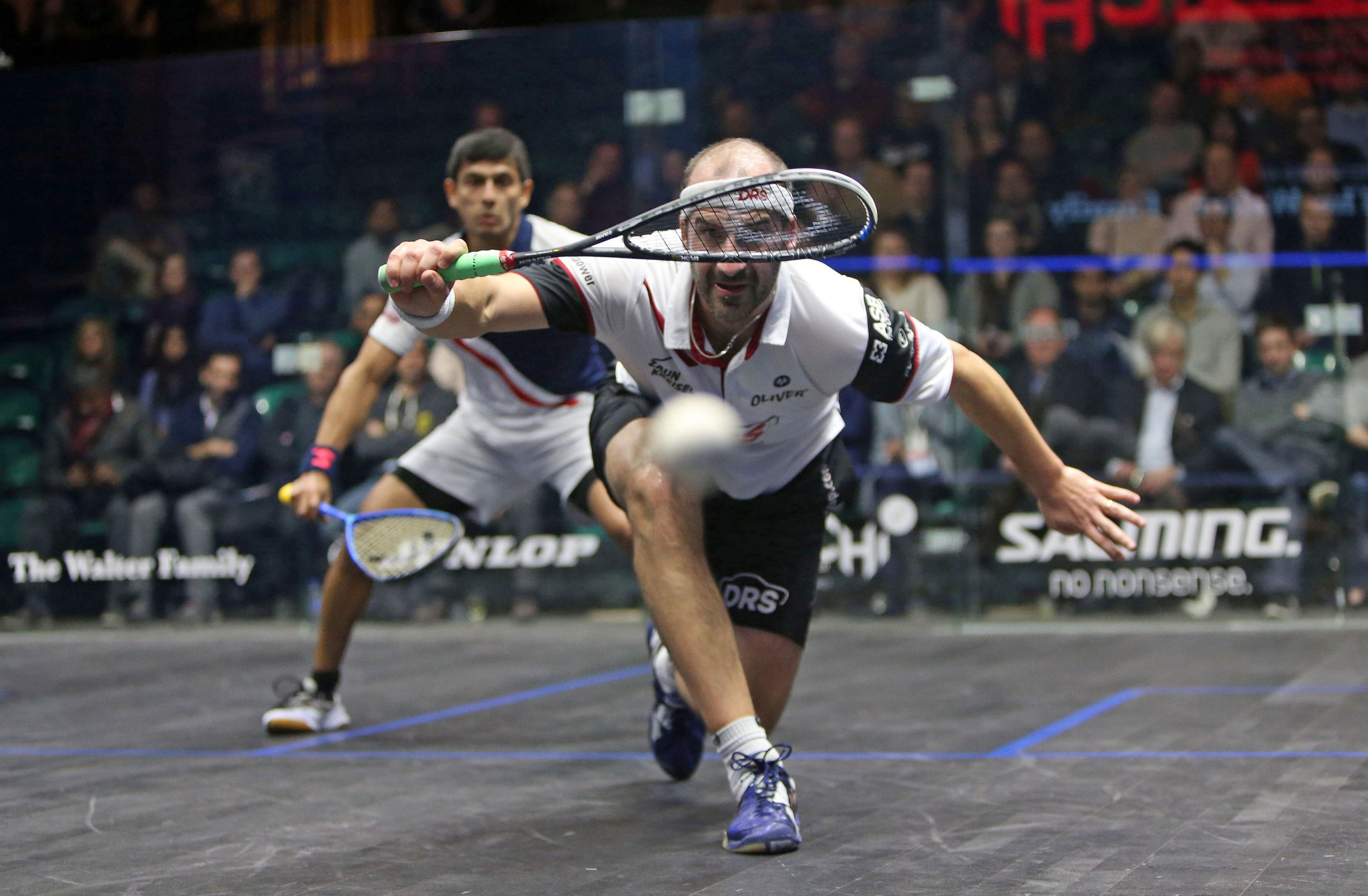 The world number four was in impressive form at Chicago's Union Station, securing a straight games win over Ghosal.

"t’s big, I’ve never reached the quarters before, and now I’ve made it to the semis," he said.

"It’s very satisfying, especially with the way I played.

"After the tough match I had two days ago, I felt much better today and played some aggressive and much more controlling squash, and that put Saurav under a lot of pressure.

"I knew playing Saurav that I would have to be at a 100 per cent because he’s really playing well these days, so I had to be at my best and I’m happy to be through.

"I think you see the finishing line maybe a bit too early and you’re trying to hang in there.

"The ball was dead in the third game and Saurav can really chop it in, so I was pleased that I could convert the tactics that I had before the match."

Rösner’s reward will be a semi-final meeting with Ali Farag, set to assume the men’s world number one ranking tomorrow from fellow Egyptian Mohamed ElShorbagy.

Farag appeared on course for a comfortable win over New Zealand’s Paul Coll when he won the opening two games.

It is the first time since 2014 that the top four men’s seeds have progressed through to the semi-final stage of the competition.

In the women’s competition, France’s Camille Serme showed her fine form by securing an 11-7, 11-8, 11-4 victory over New Zealand’s Joelle King.

Success against the Commonwealth Games gold medallist ensured Serme of a semi-final spot for the fourth time in her career at the World Championships.

She is now set to face Egypt's two-time world champion Nour El Sherbini for a place in the final.

The semi-finals will feature two married couples with Farag and his wife Nour El Tayeb having reached the last four of their respective events, as well as fellow Egyptians Raneem El Welily and Tarek Momen.