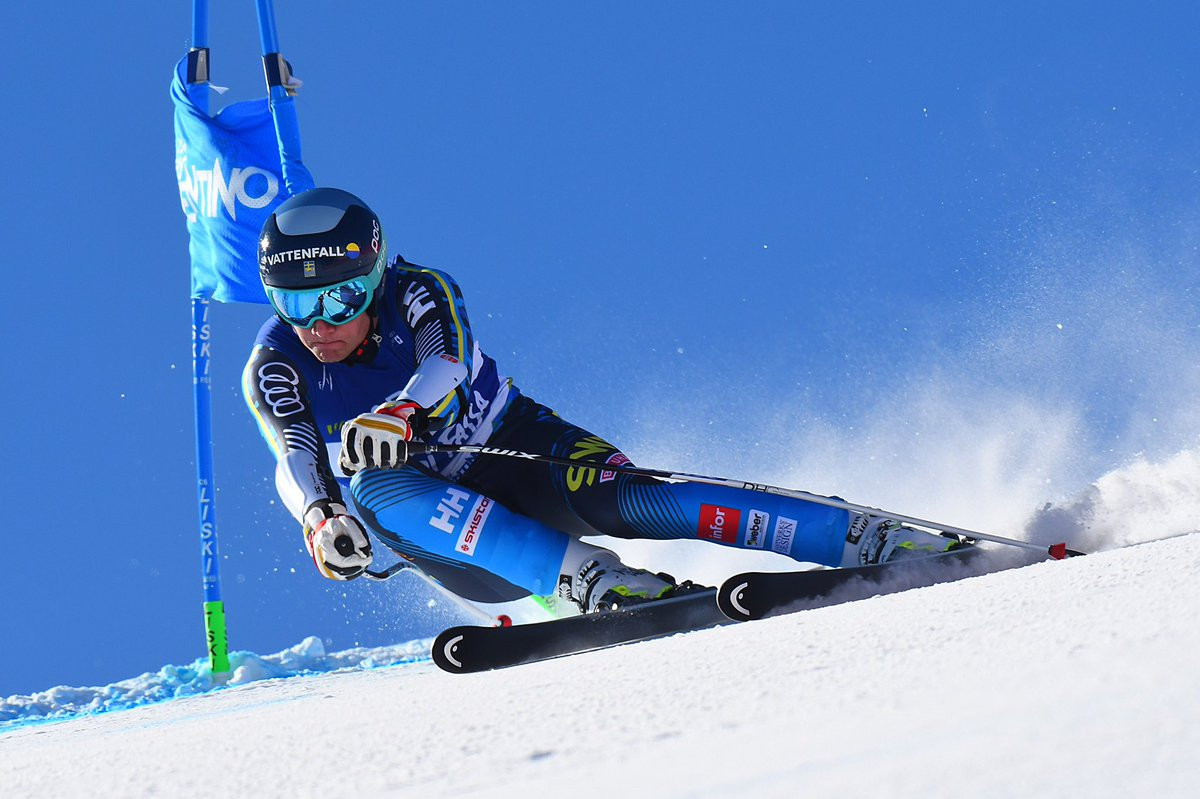 Sweden's Tobias Hedström stormed back from 19th place after the super-G to claim the gold medal in the men's Alpine combined event at the International Ski Federation World Junior Alpine Skiing Championships in Val di Fassa.

Hedström's chances of victory appeared slim after he languished down the leaderboard following the super-G.

But the Swedish skier produced a superb display in the slalom to finish in an overall time of 2min 04.03sec.

His time was 0.42 quicker than Norway's Atle Lie McGrath, who recovered from ninth in the super-G to earn the silver medal.

McGrath's team-mate Lucas Braathen was the recipient of the bronze medal as he finished in a combined time of 2:04.48, 0.03 adrift of silver.

Ahhhhh! So close! River Radamus finishes just off the podium - in fourth - by a mere seven hundredths (one tenth out of second place) at @valdifassa2019!! Kyle Negomir currently in eighth and Cooper Cornelius in 12th, after 34 racers. #valdifassa2019

Braathen and McGrath came into the event as favourites but Hedström caused an upset to take a surprise victory.

American River Radamus, winner of the men's super-G earlier at the event in the Italian resort, was fourth.

The three-time Winter Youth Olympic Games gold medallist clocked 2:04.55 to finish outside of the podium places.