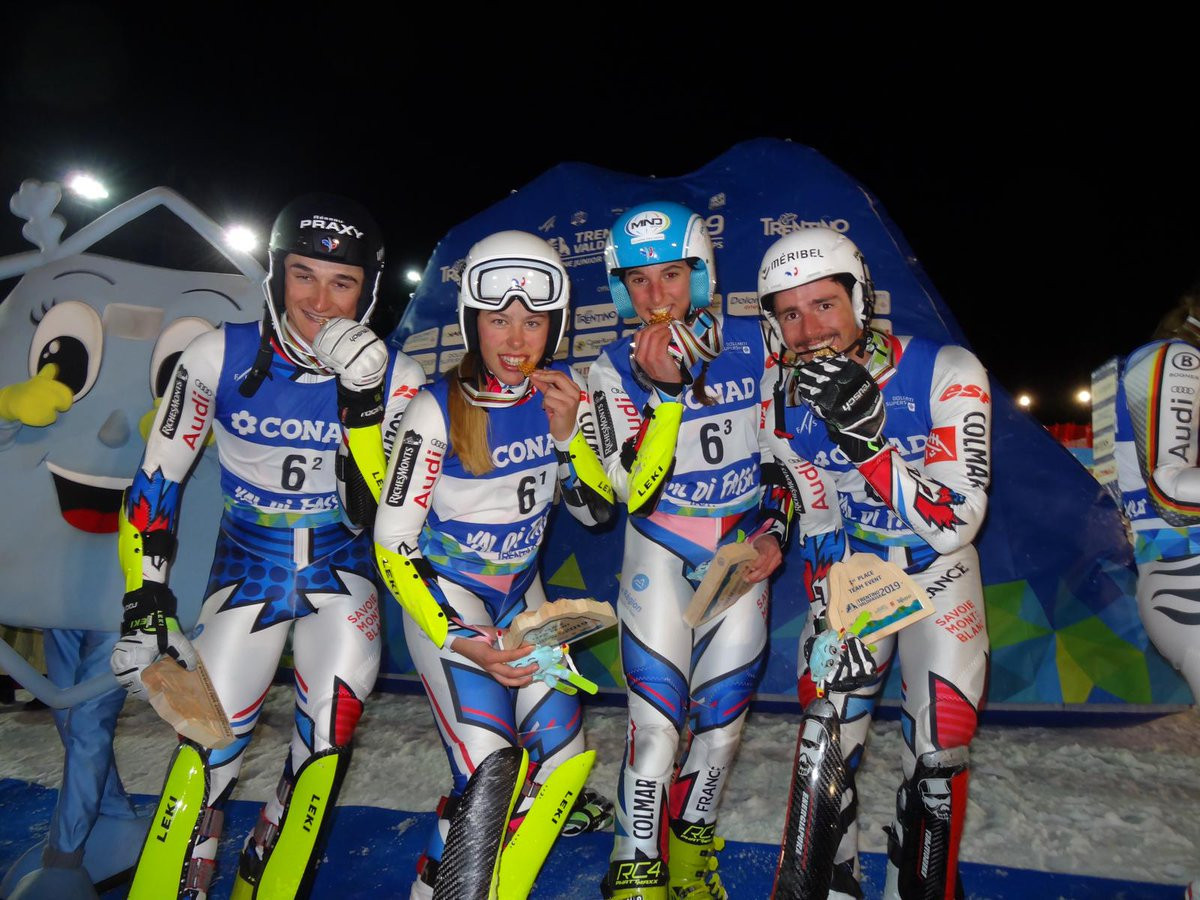 France caused an upset as they beat the United States to clinch the gold medal in the team event at the International Ski Federation (FIS) World Junior Alpine Skiing Championships in Val di Fassa.

Marie Lamure, Doriane Escane, Jeremie Lagier and Augustin Bianchini took home the title with a 3-1 win over the American quartet in the big final.

Germany were the recipients of the bronze medal as they ousted Sweden by the same scoreline in the small final.

The triumph for the French team delivered the nation their first gold medal of the event in the Italian resort.

"We never thought we would win, also because in the last two editions of the FIS Alpine Junior World Ski Championships we had always come out in the first round," said Escane.

BREAKING:
USA snags SILVER in Team Event at World Juniors in @valdifassa2019‼️ That’s two medals in as many days for the Americans!! 🇺🇸🥈#valdifassa2019 pic.twitter.com/Ugbrpayjwv

"Beating Norway in the quarter-finals was a surprise for us too and at that point we really started to believe in it.

"In the final it was a head-to-head tightened and when Augustin gave us the point of triumph for us it was an immense joy."

Strong winds forced the postponement of the women's super-G, which was also due to be held today.

The event will now be staged on Sunday (February 24), organisers said.

The Championships in the Italian resort continue with the men's Alpine combined competition.