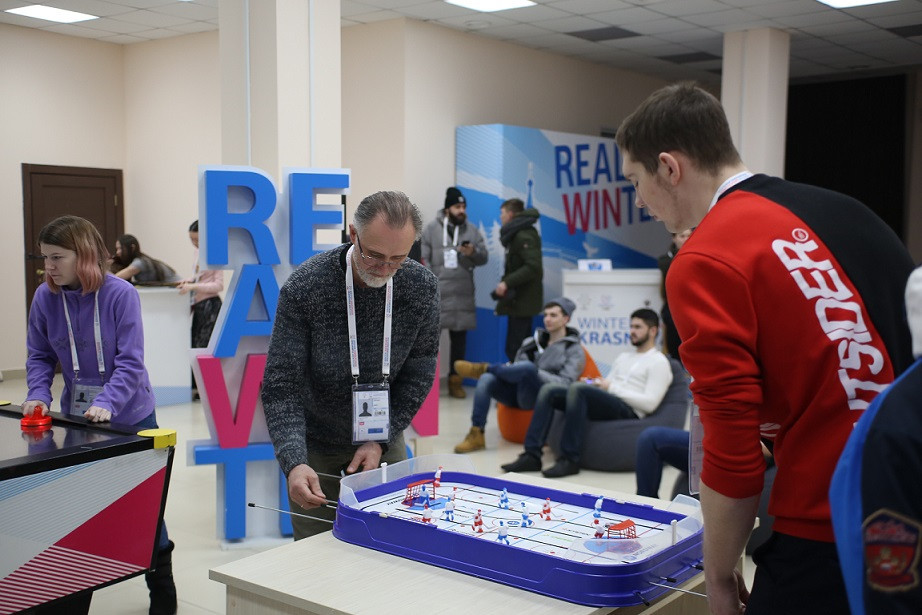 More than 600 volunteers have spent two days in the 2019 Winter Universiade Athletes' Village testing out the facilities.

Volunteers tried out the main services in the Winter Universiade Village located on the campus of the Siberian Federal University in Krasnoyarsk.

The volunteers were delegated roles as foreign athletes and given suitcases and sports equipment.

Over the course of two days the volunteers checked the staff's knowledge of foreign languages, contacted the medical centre for help and ate at the restaurant.

They also tested the accreditation service and facilities such as the entertainment lounge and fitness centre.

"I was a hockey player from Switzerland," one of the test participants Alyona Skuratova.

"She settled in the dorm, but allegedly lost her luggage, then turned to the doctor for help - all to check how staff and volunteers would react to unusual situations.

"At the same time, I constantly communicated with people in English in order to understand if they could understand a foreigner.

"In general, everything went well."

Feedback will be collected from the participants, who volunteered by filling out an online registration form.

"Not only all our sites are tested, but also the people who work here.

"They become a single team, promptly react to changes.

"The Village showed its efficiency, the test participants are satisfied with comfortable living conditions, food and other services.

"We are confident that by the beginning of the Student Games everything will be perfectly prepared."

The Universiade is due to begin on March 2 and last until March 12.