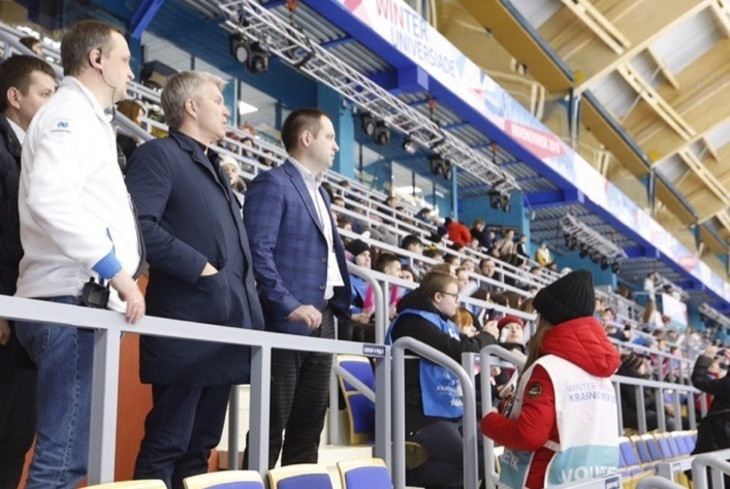 On a visit to the Siberian city Kolobkov was shown around the Crystal Ice Arena, which will host ice hockey, the Yenisei Ice Stadium which will host bandy and the Sopka Cluster of venues where freestyle skiing and snowboarding will take place.

"As soon as the construction works started, it was clear that the contractor would build a great stadium," Kolobkov said, discussing the Yenisei Stadium.

"The sports clusters are humming with life.

"It feels like the countdown to the Winter Universiade 2019.

"There have been a great number of tests events, all is ready, there are only a few finishing touches to put."

Accompanying Kolobkov on his tour was a representative from the Krasnoyarsk Ministry of Sports, Sergey Alekseev, and the director general of the Krasnoyarsk 2019 Directorate, Maxim Urazov.

The Crystal Ice Arena has already hosted the international Student Hockey Challenge as a test event, while the Yenisei Ice Stadium held the Under-19 Bandy World Championships last week.

The Sopka Cluster boasts courses lit with floodlights and snow machines, while the Yenisei Stadium has a roof built with wooden arches which organisers say makes it lighter.

The Universiade will begin on March 2 and run until March 12, featuring 11 different sports.