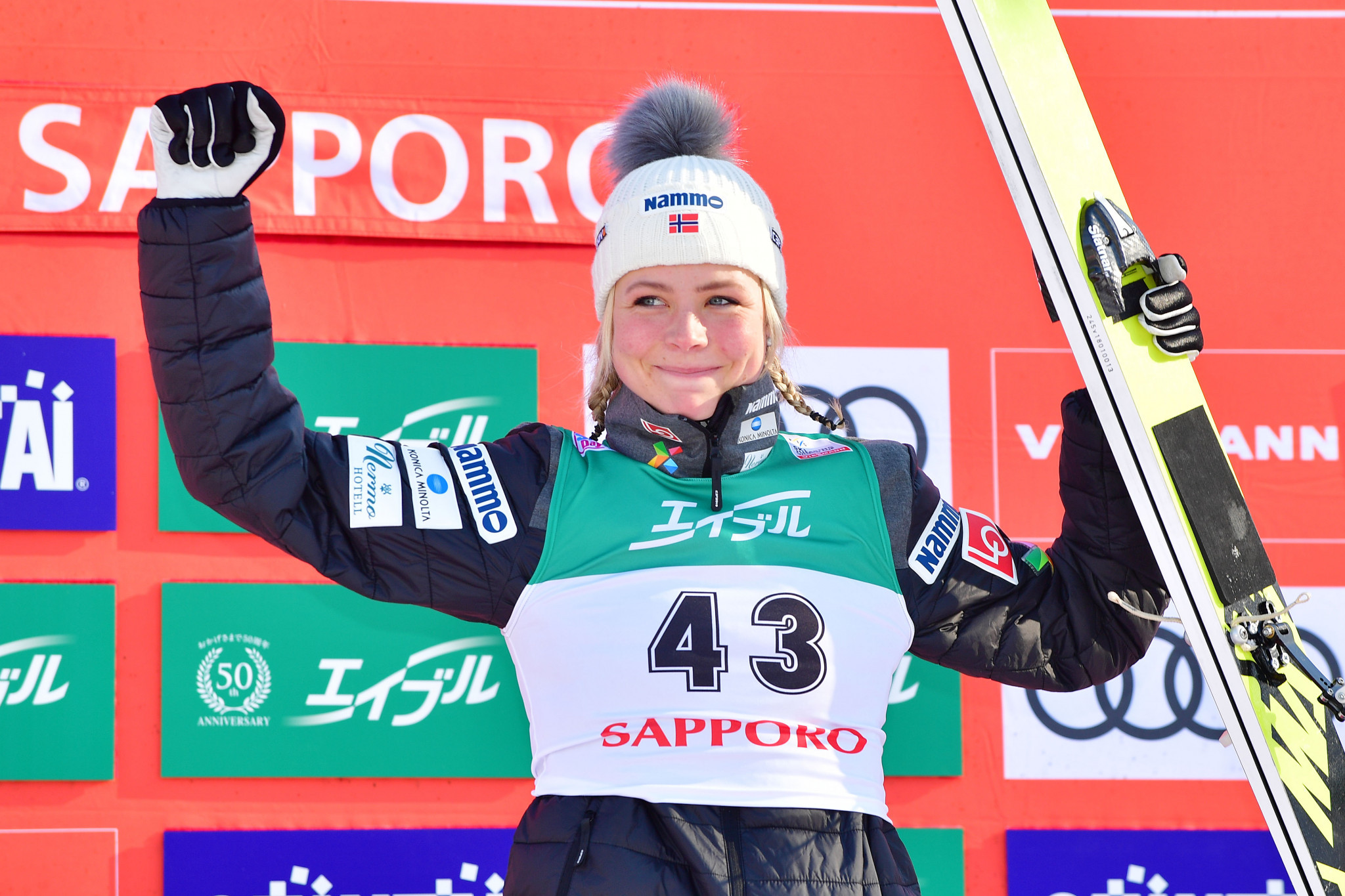 The 24-year-old Olympic champion from Norway triumphed yesterday in the first of two World Cup events in the Austrian resort and she won again today with a score of 250.8 points.

Jumps of 90 and 88 metres saw her finish ahead of Japan’s Sara Takanashi, who scored 241.2 points, while Lundby’s nearest rival in the overall standings, Katharina Althaus from Germany, finished third with 238.5.

The result sees Lundby move onto 998 points at the top of the World Cup standings, ahead of Althaus on 867 and another German, Juliane Seyfarth, on 641.

"I am very happy about my second victory in Hinzenbach," Lundby said,

"This is my fifth victory in a row so it looks like my jumps are really good now and my form is consistent just three weeks ahead of the World Championships."

Althaus, meanwhile, was not so positive.

"It wasn’t my best weekend, but still two podium places are good results," she said.

"I know I can jump better so I hope I can show better jumps in Ljubno."

On the men’s circuit at the third ski flying contest in Oberstdorf, Poland’s Kamil Stoch took victory with 413.2 points.

The two-time World Cup champion picked up his first win of the season with jumps of 214.5m and 227.5m.