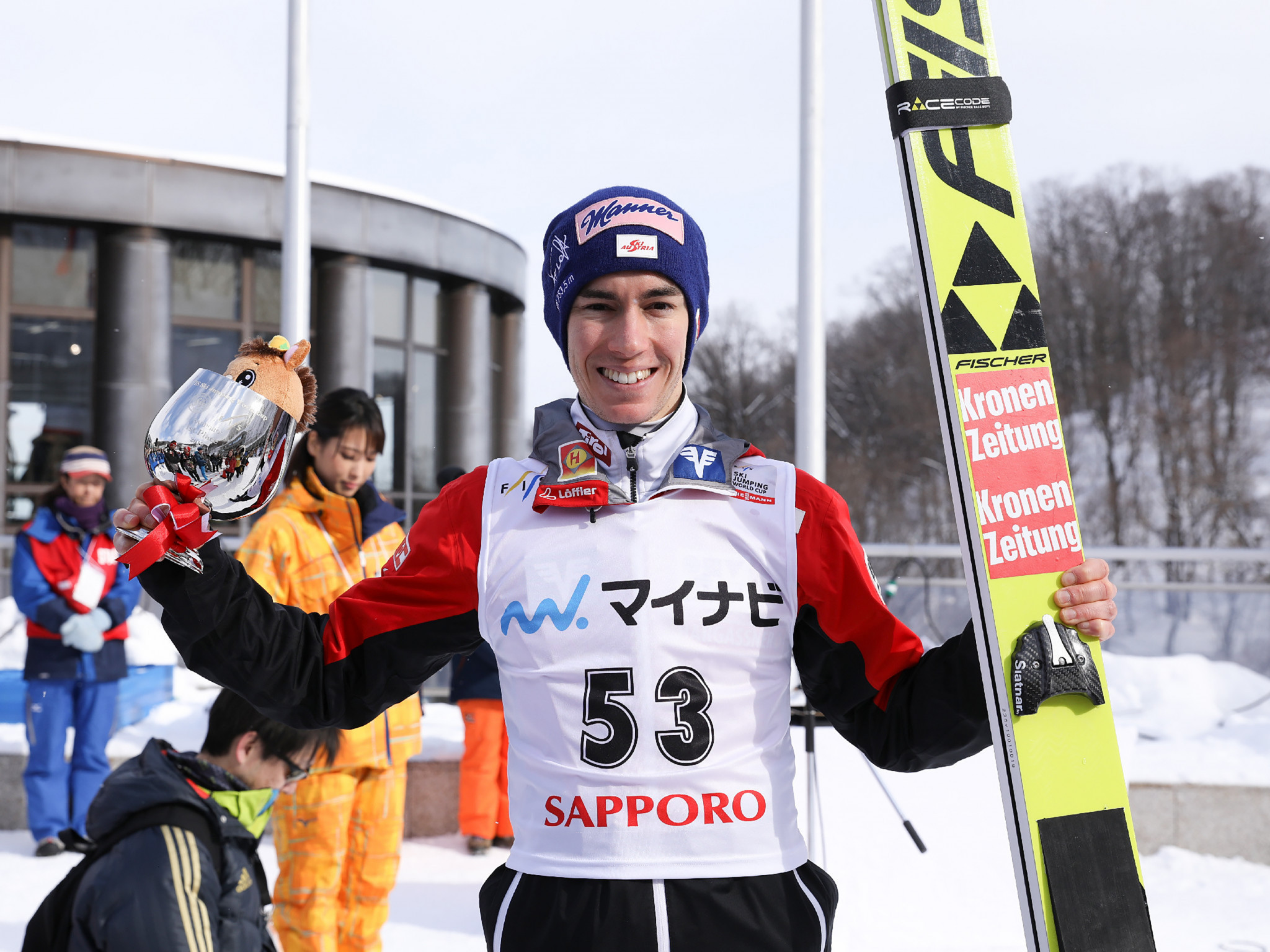 After winning yesterday's event and the competition in Zakopane in Poland before that, the 25-year-old two-time world champion triumphed again today with leaps of 135 metres and 128.5m.

It meant he finished the contest in Japan with 248.2 points, 9.8 in front of Slovenia's Timi Zajic in second and 11.6 in front of Japan's Four Hills champion and current World Cup leader Ryoyu Kobayashi in third.

"My jumps today were even better than yesterday."

Kraft added that he was "extremely happy and proud" to win three times in a row.

He has now made the podium in six of the last seven individual competitions and sits second in the overall World Cup standings on 781 points.

Such was Kobayashi's dominance earlier in the season, however, that the Austrian still trails the Japanese athlete by 452 points.

At the women's event in Rasnov in Romania, Norway's Maren Lundby won for the second day in a row.

The reigning Olympic champion finished ahead of two Germans, Carina Vogt and Juliane Seyfarth, with 247.6 points.

She managed jumps of 93m and 96.5m to seal the win and move top of the overall World Cup standings on 788 points.

Prior to today's event another German, the 2018 Olympic silver medallist Katherina Althaus, was top, although a fifth-place finish from her today has seen the 22-year-old drop into second.

With this weekend's events over the men's tour will now move to Oberstdorf in Germany, while the women will travel to Hinzenbach in Austria.

Both of those events will take place from February 1 to 3.