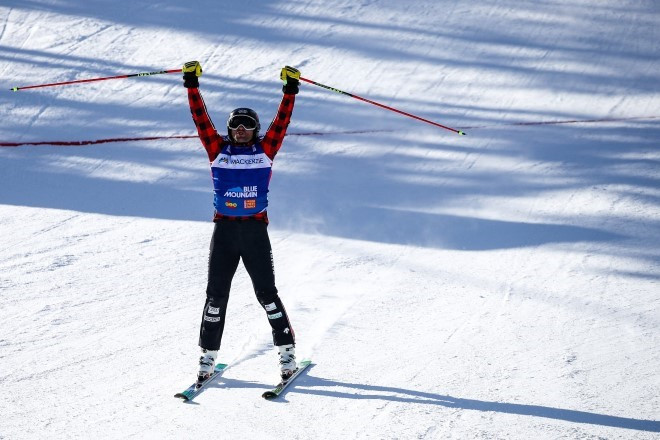 Canada's Brady Leman claimed a home victory as Fanny Smith made it back-to-back successes at the Ski Cross World Cup in Blue Mountain.

Leman, the Pyeongchang 2018 Olympic gold medallist, clinched his first victory of the season at the Ontario venue in front of his own fans.

Bad weather cancelled yesterday's qualification but the medal action went ahead as planned today, with Leman passing Johannes Rohrweck of Austria on the last flat section of the course in the big final.

Both Rohrweck and Marc Bischofsberger of Switzerland then crashed out as Leman crossed the line on his own.

France's Bastien Midol capitalised on the crash to win silver as Rohrweck recovered for bronze.

"It's always amazing to race here in Canada with so many fans coming to cheer us on," said Leman.

"It's my third win on this track and I just love racing here.

Smith won the women's event for Switzerland as she backed up her victory in Idre in Sweden last time out and won for the fourth time on this year's circuit in all.

It meant silver for Thompson as Alizée Baron of France took bronze.

"This time I was not leading the race from the beginning so I really had to think how to chose my line, the way how I ski and do my best until the finish line," said Smith.

"That's why I like ski cross and all that passing makes the game fun."

Smith has increased her lead in the World Cup rankings, boasting 505 points.

Thompson is second on 400 with Sandra Naeslund of Sweden third on 350.

Midol leads the men's table on 415 in front of compatriot Jean Frederic Chapuis, the Sochi 2014 champion who has 254.

Alex Fiva of Switzerland is third on 243.

The skiers will now prepare for the World Freestyle Championships, beginning in Utah on February 1.