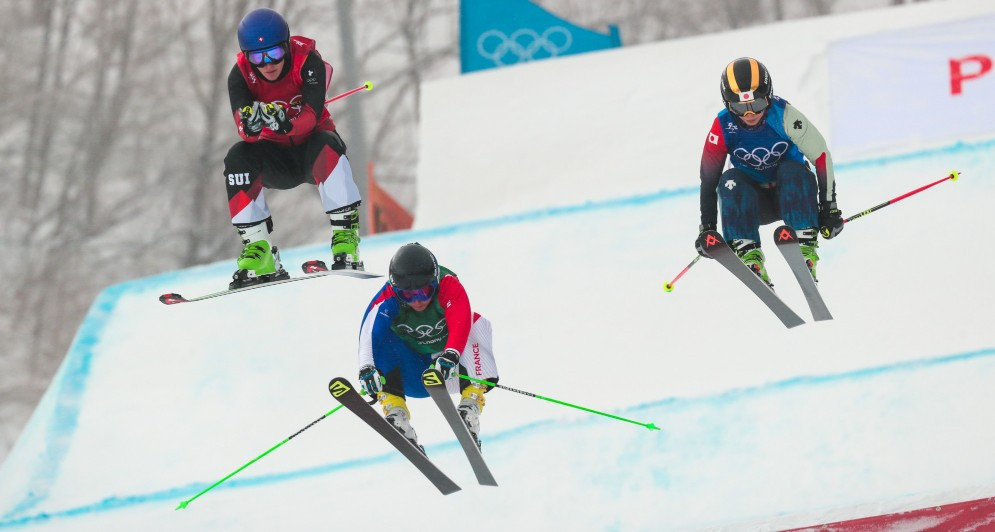 The 2018 Pyeongchang Olympic bronze medalist was third out of the blocks but soon took the lead ahead of the Canadian trio of Marielle Thompson, Kelsey Serwa and Brittany Phelan.

The Swiss remained in first place for the rest of the race, despite Phelan nearly catching up with the leader.

Phelan eventually finished 0.14secs behind Smith, while Serwa finished in third place and Thompson was fourth.

The victory was Smith's 16th victory of her career and her third win of the current campaign.

Jean Frederic Chapuis was untouchable in today´s big men´s final of the Audi FIS Ski Cross World Cup @idrefjall coming back on top of the podium in style. #fisfreestyle pic.twitter.com/I9OpcBwPzk

"I feel great, I couldn't have a better place," she said.

"It was a great fight again but this time I kept it until the end and I'm happy to finish with the win here in Sweden.

"The season is still long.

"I am trying to do my best at each race and I am feeling good, I hope it will continue until the World Championships."

In the men's race, France's Jean Frederic Chapuis triumphed despite trailing during the first section.

The next Ski Cross World Cup event will be held at the Canadian ski resort of Blue Mountain from Friday (January 25) to Saturday (January 26).