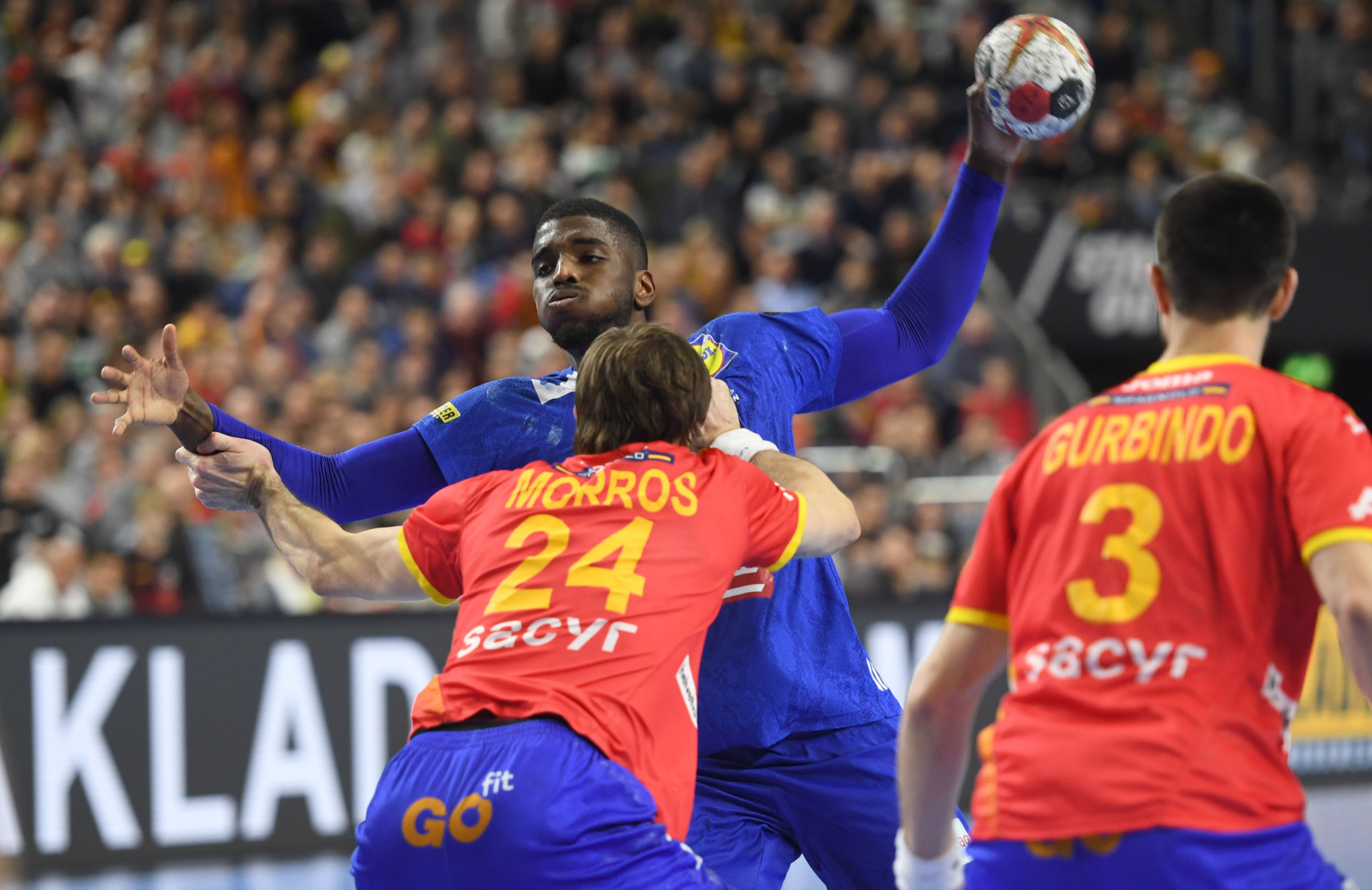 Defending champions France overcame Spain in a titanic opening match of the main round at the International Handball Federation Men's World Championship.

The French side, chasing a seventh world title, battled to a 33-30 win over the reigning European champions at the Lanxess Arena in Cologne.

Dika Mem and Ludovic Fabregas were the stars of the French show, each scoring six goals in a clinical display from the World Championship holders.

The result saw France get their Group I main round campaign off to the best possible start.

In the other match in the group, co-hosts Germany moved to the top of the pool thanks to a 24-19 success over Iceland at the same venue.

Steffen Fäth led the scoring for Germany, who led 14-10 at the break before they extended their lead in the second half.

Points are carried over from the preliminary phase, with Germany leading the group on goal difference from France.

In Group II, Olympic champions and co-hosts Denmark delivered in front of a home crowd as they beat Hungary 25-22 at the Jyske Bank Boxen in Herning.

Mikkel Hansen enjoyed a prolific outing in front of goal, scoring seven to propel his side to a hard-fought victory.

Sweden recorded a comfortable 35-23 win against Turkey in the other Group II contest held today.

Both sides have now won all three of their matches at the tournament so far.

The top two teams in each of the main round groups will progress to the semi-finals.

Elsewhere today, the unified Korean team defeated Japan 27-25 to reach the next round of the President's Cup - the 21st to 24th-place play-offs.