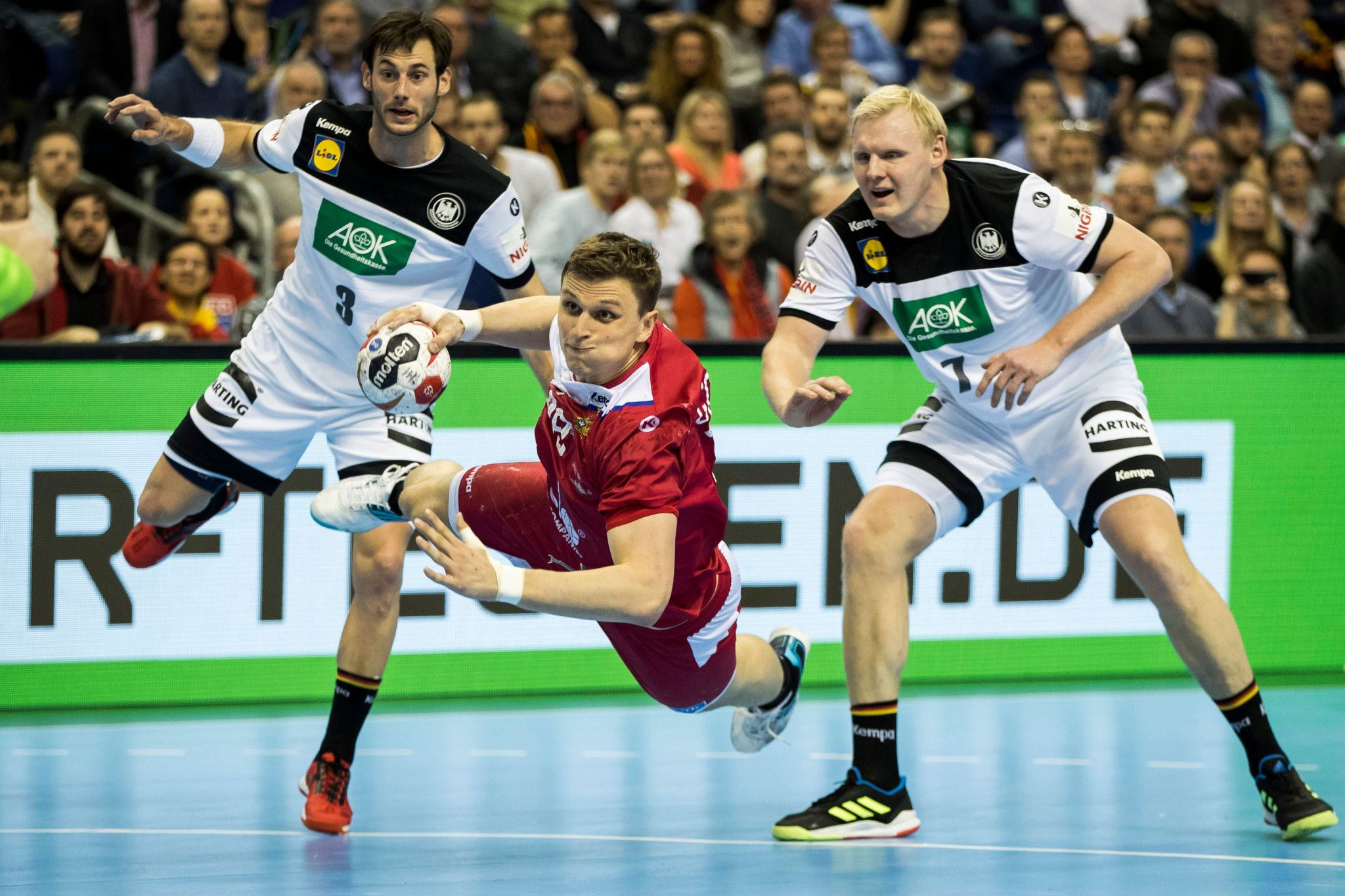 Germany had already seen off the challenge of Unified Korea and Brazil in Group A, but their third match proved a tense affair at the Mercedes-Benz Arena.

The home crowd appeared poised to celebrate with Germany leading 22-20 in the closing stages, only for Russia to strike twice to clinch a draw.

Germany and Russia remain in the top three positions in the group, with the latter having won one and drawn two of their opening fixtures.

Reigning champions France grasped control of top spot when they beat the Unified Korea team 34-23 for a third consecutive win.

Brazil overcame Serbia 24-22 in their match to move fourth in the standings, but remain outside of the main round qualifying places at this stage.

Group B is headed by Croatia following the European nation's third straight win.

They secured a comfortable 31-22 win over Macedonia in Munich to close on a place in the main round.

Spain joined them at the top of the standings after they overcame Japan 26-22 in the late match.

Norway maintained their strong start in Group C as a 34-24 win over Austria gave them a third straight success.

Co-hosts Denmark joined their neighbours at the top of the standings as they eased past Saudi Arabia 34-22 at the Jyske Bank Boxen in Herning.

Tunisia claimed a crucial 36-30 win over Chile to move level on points with third placed Austria as the battle for the qualification spots heats up.

Hungary handed Qatar their second defeat of the tournament in Group D at the Royal Arena in Copenhagen.

A 32-26 victory temporarily moved Hungary to the top of the standings with two wins and a draw, while Qatar occupy third place.

Qatar are level on points with Egypt in third, after the African nation edged Argentina 22-20 in their match.

Sweden displaced Hungary at the top of the standings after beating Angola 37-19 in the late match of the day.

The result maintained Sweden's perfect start, while their opponents were prevented from moving into the top three.