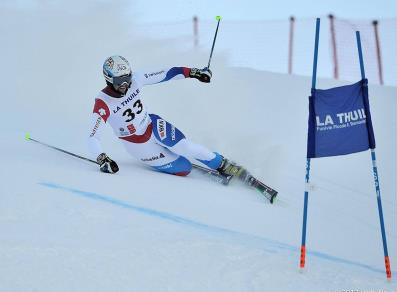 Athletes on the International Ski Federation Telemark World Cup circuit will get their first taste of competitive action this season when La Thuile in France hosts the opening event of the campaign.

The event in the French resort, a regular host of telemark competitions, begins tomorrow and concludes on Monday (January 21).

It is the first of three World Cups in the discipline scheduled to be held over consecutive weekends.

The World Cup in La Thuile will be contested on the same slope that hosted three women’s World Cup races in February 2016 and two events in January 2017.

Amelie Raymond of Switzerland will be among the favourites in the women's competitions as she is making her return to the circuit following a short break.

Raymond triumphed at the same venue in 2017 and will be hoping to carry that form into this weekend's event.

On the men's side, Bastien Dayer of Switzerland and Philippe Lau of France will start as the ones to beat.

Sprint races for men and women will be held tomorrow, before classic events take centre stage on the concluding day.

Action will be streamed on the Olympic Channel.

Telemark missed out on inclusion on the programme for the 2022 Winter Olympic Games in Beijing.