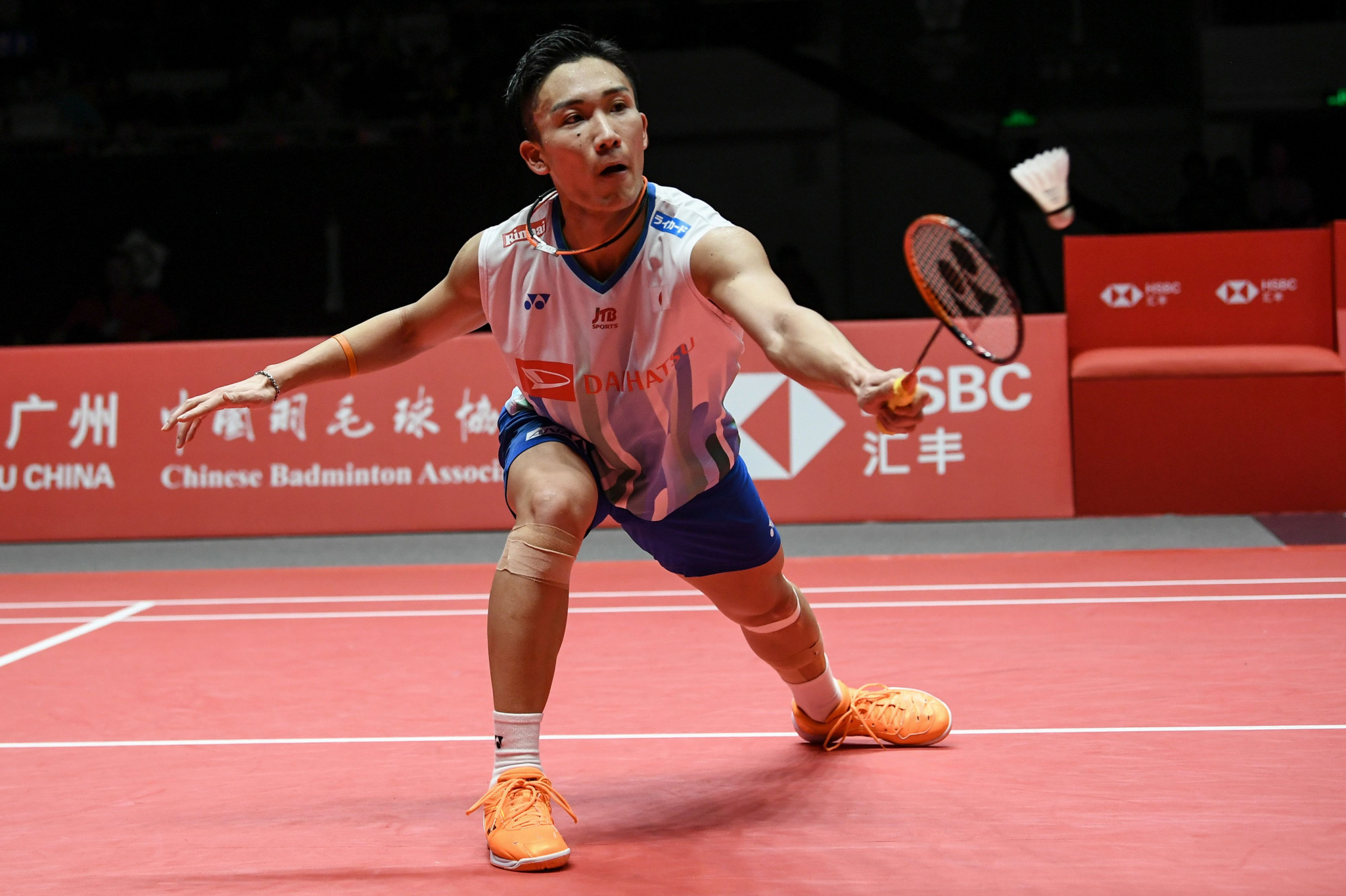 Second seed Shi Yuqi of China looked as though he could be joining Momota in crashing out of the men’s singles competition before converting his third match point to beat France’s Brice Leverdez 21-9, 18-21, 25-23.

The match had a dramatic end with Leverdez making a service error on his first match point.

Shi thought he had won the match on his own second opportunity and celebrated, but the service judge had faulted him.

The 2018 BWF World Tour Finals champion wobbled for a bit, prior to saving another match point and then converting his third chance.

"I had nothing to lose and I went with what I had.

"I started putting more pressure on after the first game.

"I had two match points, so it wasn't one serve that determined the match."

The most high profile player to experience elimination in the women's singles event was third-seeded Japanese Akane Yamaguchi, who lost 14-21, 12-21 to Malaysia's Goh Jin Wei.

Among today's other winners was India’s Saina Nehwal, a former world number one, as she beat Hong Kong's Deng Joy Xuan.

With Parupalli egging her on from the coach's chair, Nehwal came away a 14-21, 21-18, 21-18 victory, and admitted that her movement had been off due to a shin injury she had picked up.

This was Nehwal’s first BWF World Tour event since her wedding on December 14, and she said her husband's advice during the breaks had helped.

"I requested him to sit [in the chair] because earlier I used to be someone who didn't need so much coaching from outside," the seventh seed said.

"But after my [knee] surgery I feel I've become a more moody type of player who needs to be boosted.

"I know I'm getting irritated on some points.

"If the good way is not happening well with me, then he shouts at me."