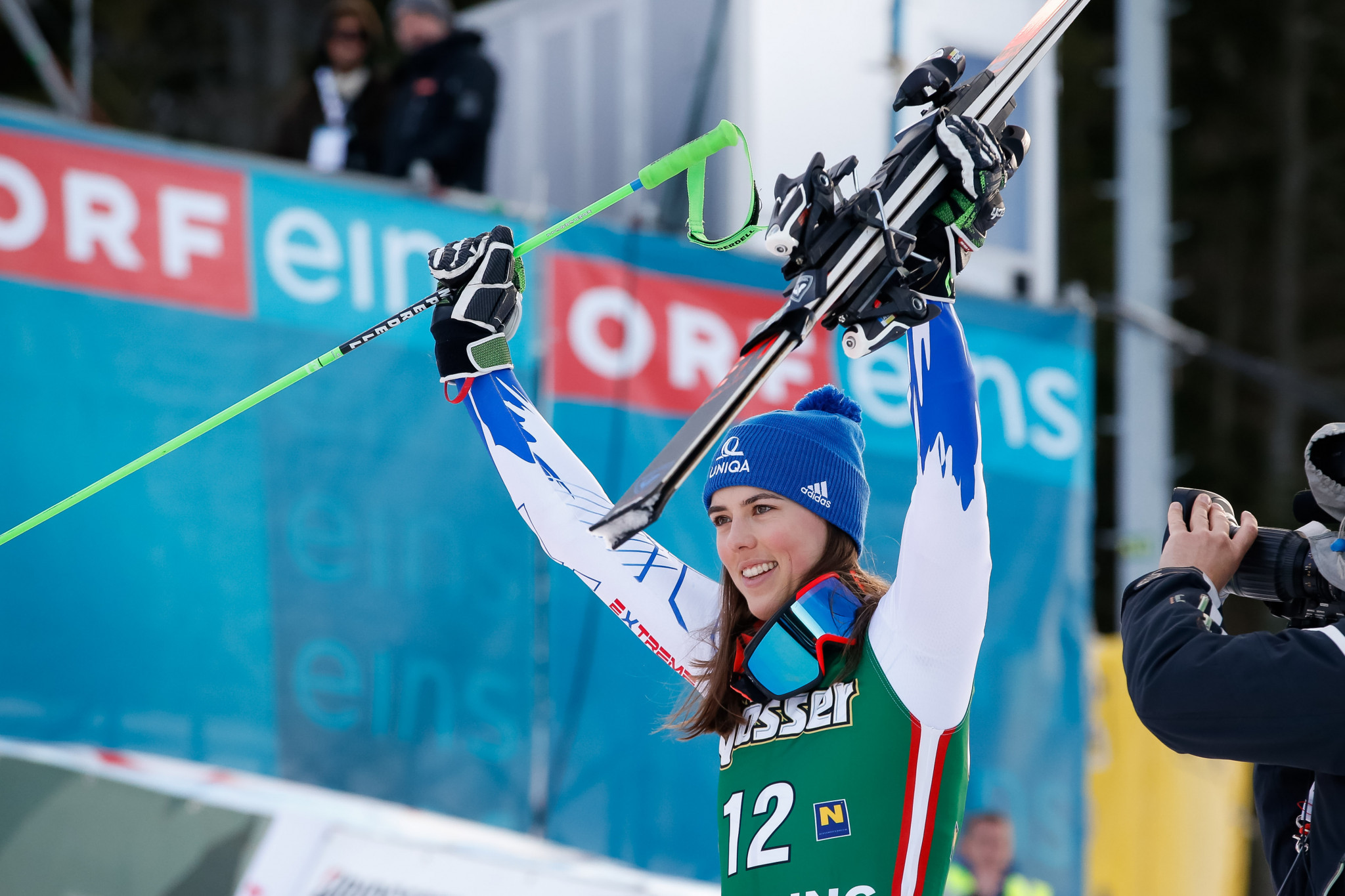 She became the first Slovakian to win a giant slalom after doing so, finishing with a total time of 2min 4.72sec.

Viktoria Rebensburg of Germany was in second with a time of 2:05.17, while France's Tessa Worley came third with 2:05.32.

Included in the field was Olympic champion Mikaela Shiffrin who finished fifth despite her excellent recent form, while giant slalom standings leader Federica Brignone of Italy was sixth.

"I think it is the best day ever," Vlhova said.

"I didn't think I would win here today but I saw that Mikaela was further back and I thought to myself – maybe.

"I want to thank everyone for all their support too.

"I am really happy that I won here with so many fans from Slovakia."

Vlhova is second in the overall World Cup standings with 488 points, behind leader Shiffrin on 934.

Norway's Ragnhild Mowinckel is in third with 396 points.

The men were also in action, competing in the downhill discipline in the Italian town of Bormio.

The home crowd had something to cheer when Dominik Paris won the event, recording a time of 1:55.21.

His compatriot Christof Innerhofer came second in 1:55.57, while Switzerland's Beat Feuz completed the podium with a time of 1:55.73.

This did not affect the top three of the overall World Cup standings, however, as Austria's Marcel Hirscher still leads with 620 points.

Compatriot Max Franz is second on 363 points, with Norway's Aksel Lund Svindal just behind with 355.

The conditions in Bormio deteriorated for the competitors throughout the day, with Slovenia's Klemen Kosi airlifted to hospital following a high-speed crash.