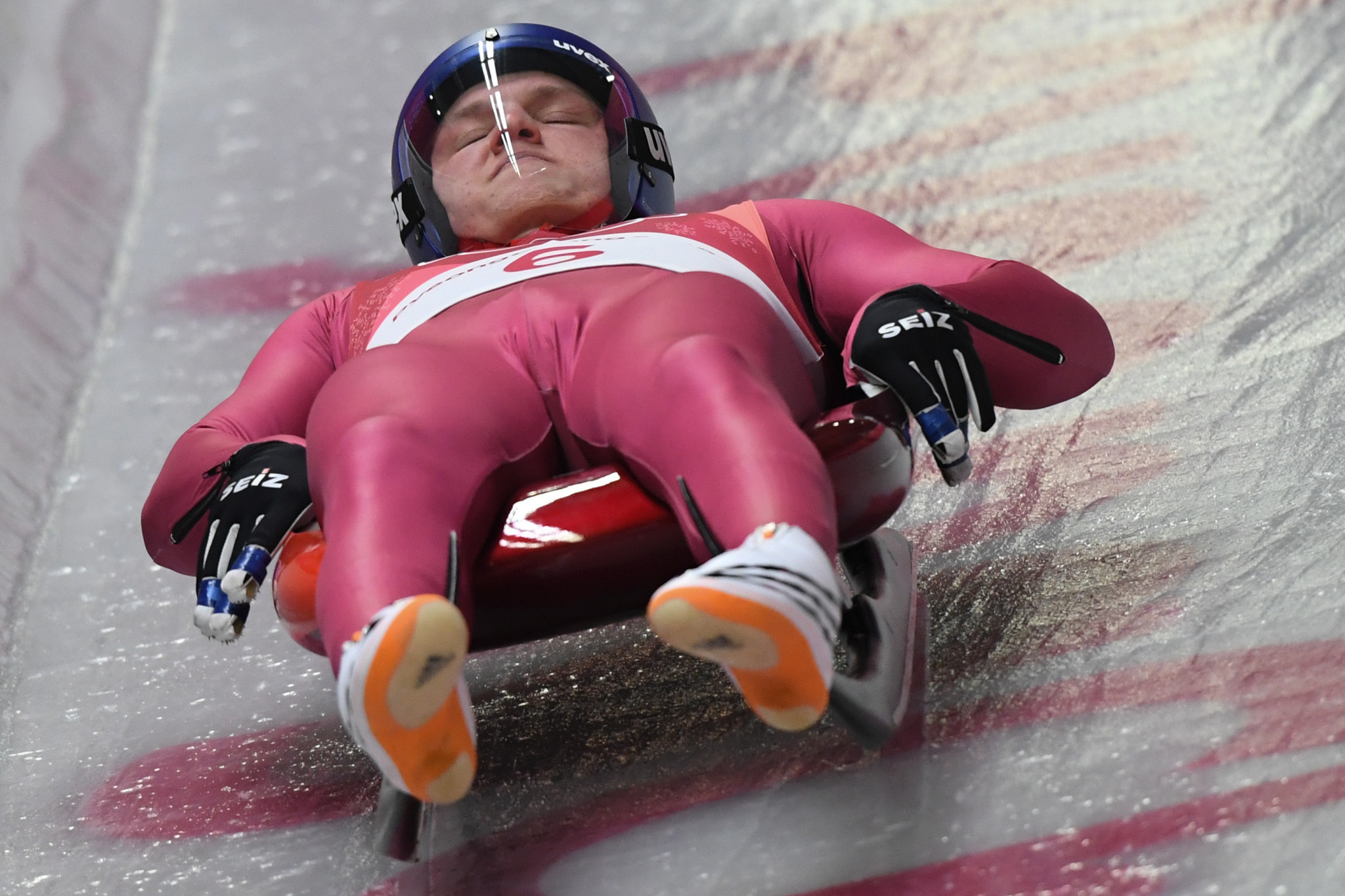 World Cup leader Kindl saw his pursuit of a fourth straight victory come to an end after the Austrian was disqualified following the first run of competition.

Officials had deemed his sled to be overweight, ending his challenge on the American track.

Repilov led the standings after the first run by finishing in a time of 51.520sec and the Russian backed up that run by clocking 51.528 in his second effort.

His overall time of 1min 43.048sec was enough to claim victory.

Germany’s Johannes Ludwig ended as the runner-up on 1:43.219, with Austria’s Reinhard Egger rounding off the podium in 1:43.27.

Home favourite Chris Mazdzer, an Olympic bronze medallist at the Pyeongchang 2018, finished in fourth place in a time of 1:43.315.

The American’s Olympic success was celebrated yesterday in a special event prior to the World Cup, while Sochi 2014 bronze medallist Hamlin was also honoured.

Hamlin retired following her fourth Winter Olympics at Pyeongchang 2018, but enjoyed a farewell run down the Lake Placid track between the men’s singles and doubles races to officially end her career.

The men’s doubles followed with Germany’s Toni Eggert and Sascha Benecken emerging as the winners in 1:27.492 after posting the fastest time in both runs.

Their compatriots and Olympic champions Tobias Wendl and Tobias Arlt were second on 1:27.812, with Austria’s Thomas Steu and Lorenz Koller clocking 1:28.032 for third place.

The victory saw Eggert and Benecken move to the top of the World Cup standings on 425 points, with Steu and Koller 25 points behind.

Despite Kindl’s disqualification in the men’s individual event, he remains at the top of the overall standings on 370 points, but his lead has been cut to just 20 points.

The women’s World Cup standings are led by Germany's Natalie Geisenberger, who will seek to extend her advantage tomorrow when the women’s race are due to place tomorrow.

Sprint races are scheduled to bring this World Cup event to a close.