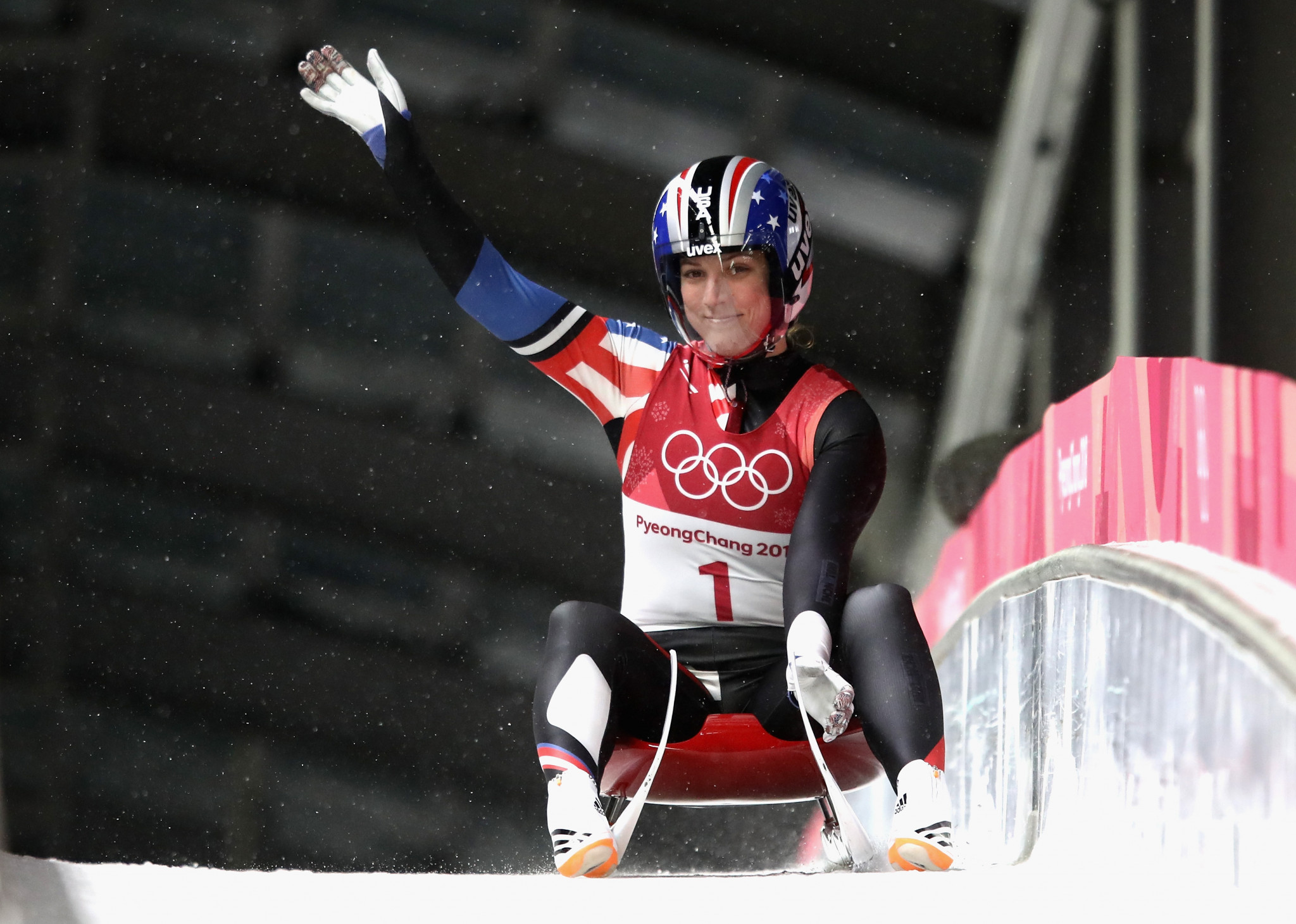 Spectators will be able to bid farewell to four-time Olympian Erin Hamlin as the American makes a final appearance on the International Luge Federation (FIL) World Cup circuit in Lake Placid.

Hamlin became the first American luge athlete to win an Olympic medal when she secured bronze at Sochi 2014.

The 2009 world champion had announced she would retire from the sport after Pyeongchang 2018, where she was the Closing Ceremony flagbearer for the United States.

She will be able to have a farewell run on the Lake Placid track tomorrow.

Chris Mazdzer, winner of the bronze medal in the men’s event at Pyeongchang 2018, will also be honoured at the World Cup.

Mazdzer will feature during the men’s World Cup event tomorrow, with both runs set to take place.

Austria’s Wolfgang Kindl will look to extend his lead in the overall standings by securing a fourth straight victory.

He currently has a lead of over 100 points on Germany's second placed Felix Loch.

Hamlin will take her ceremonial final run down the track following the men’s event, with the doubles competition following afterwards.

The women’s World Cup is set to provide the focus on Sunday (December 16).

Germany's Natalie Geisenberger leads the overall standings on 385 points following three victories, but is now only 30 points clear of her compatriot Julia Taubitz.

Taubitz won the last World Cup race in Calgary and will be eyeing a repeat in Lake Placid.

Men’s, women’s and doubles sprint races will also take place on the final day of competition.

USA Luge will also hold its traditional charity event, the Running of the Balls at the World Cup.

The event, which raises money for USA Luge, sees more than 1,000 lacrosse balls released down the luge track at the Olympic Sports Complex.

The balls, which have been supplied by Summit Lacrosse, will fly down the near one-mile course on Mount Van Hoevenberg, with the top 10 to finish earning their owners cash sums and other prizes.