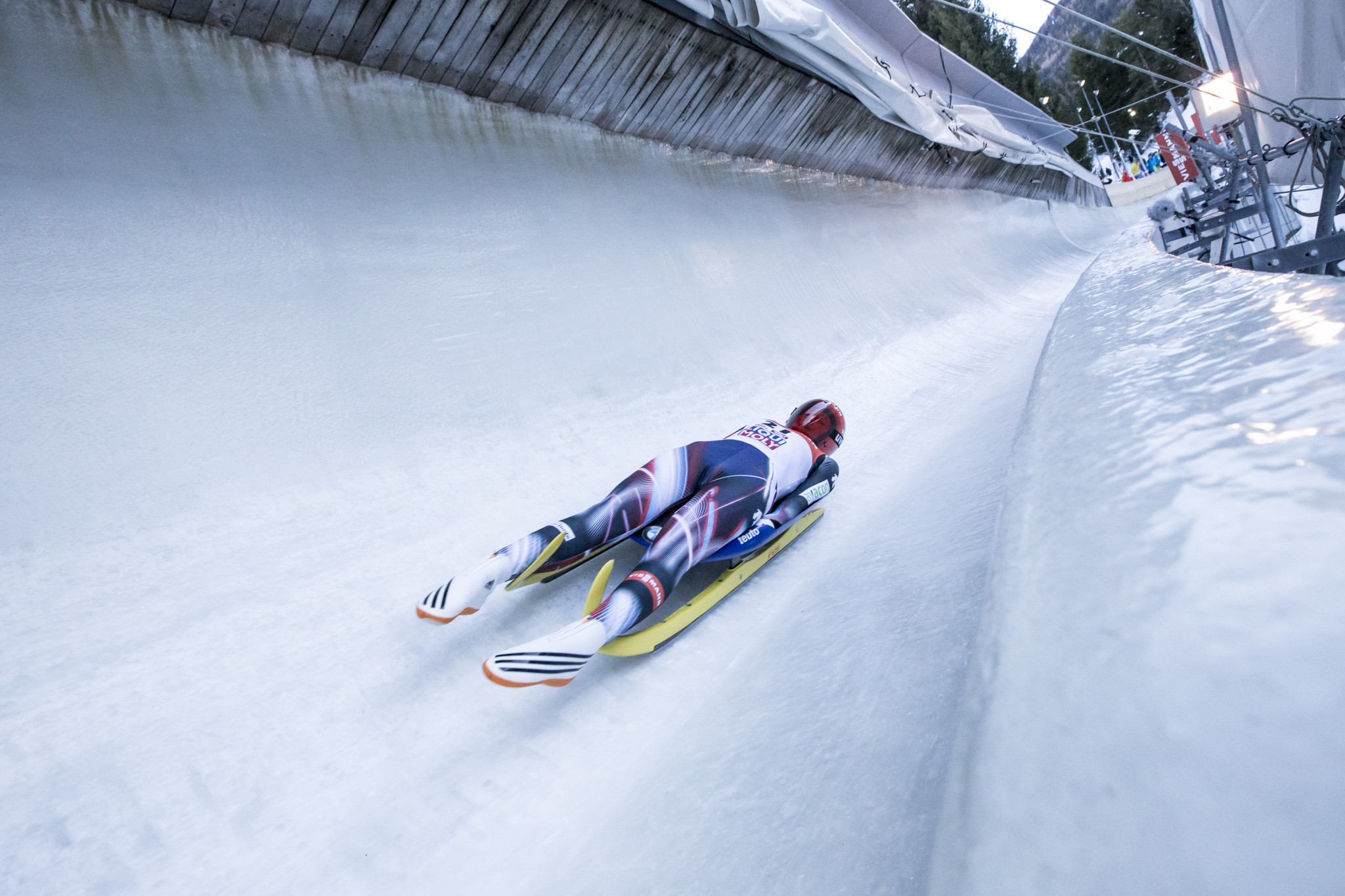 Geisenberger had been victorious in the first three World Cup races of the season but this time Taubitz finished faster to win the first race of her career at WinSport’s Canada Olympic Park.

Canada's Kim McRae recorded a time of 1:33.885 to finish third on her season debut.

Despite Geisenberger losing the top spot on the podium today, she is still leading the overall rankings with 385 points.

Taubitz sits in second on 355 points, while their closest opponent is another German, Tatjana Huefner, in third with 202 points.

It was Germany's 36th victory in the team relay, having dominated the event since it began in 2011.

Summer Britcher, Tucker West, Chris Mazdzer and Jayson Terdiman of the United States placed second, 0.269 seconds behind the leaders with a time of 2:21.819.

The German team has now overtaken Russia, who finished fourth, in the overall standings, with the US moving up to third.

The concluding day of the World Cup event also saw two of Canada's trailblazers in luge retire at the track they grew up on.

Alex Gough became the first Canadian luger to win a World Cup race in 2011 before becoming the first to claim an Olympic medal with a bronze at Pyeongchang 2018.

Sam Edney was the first male Canadian luger to win a World Cup race, triumphing at an event in Calgary in 2014.

Gough and Edney also won an Olympic silver medal together in the mixed team relay at Pyeongchang 2018.

The duo now retire as Canada’s most decorated luge athletes.

"I never could have imagined the success we have had as a team - from where our programme was when I first joined the national team to where it is now is something, we should all be very proud of," Gough said.

"I hope our results can inspire the next generation to think, ‘Why not me?’ and develop into the next great Canadian luge athletes."

The next Luge World Cup event is due to held at Lake Placid in the US on December 15 and 16.