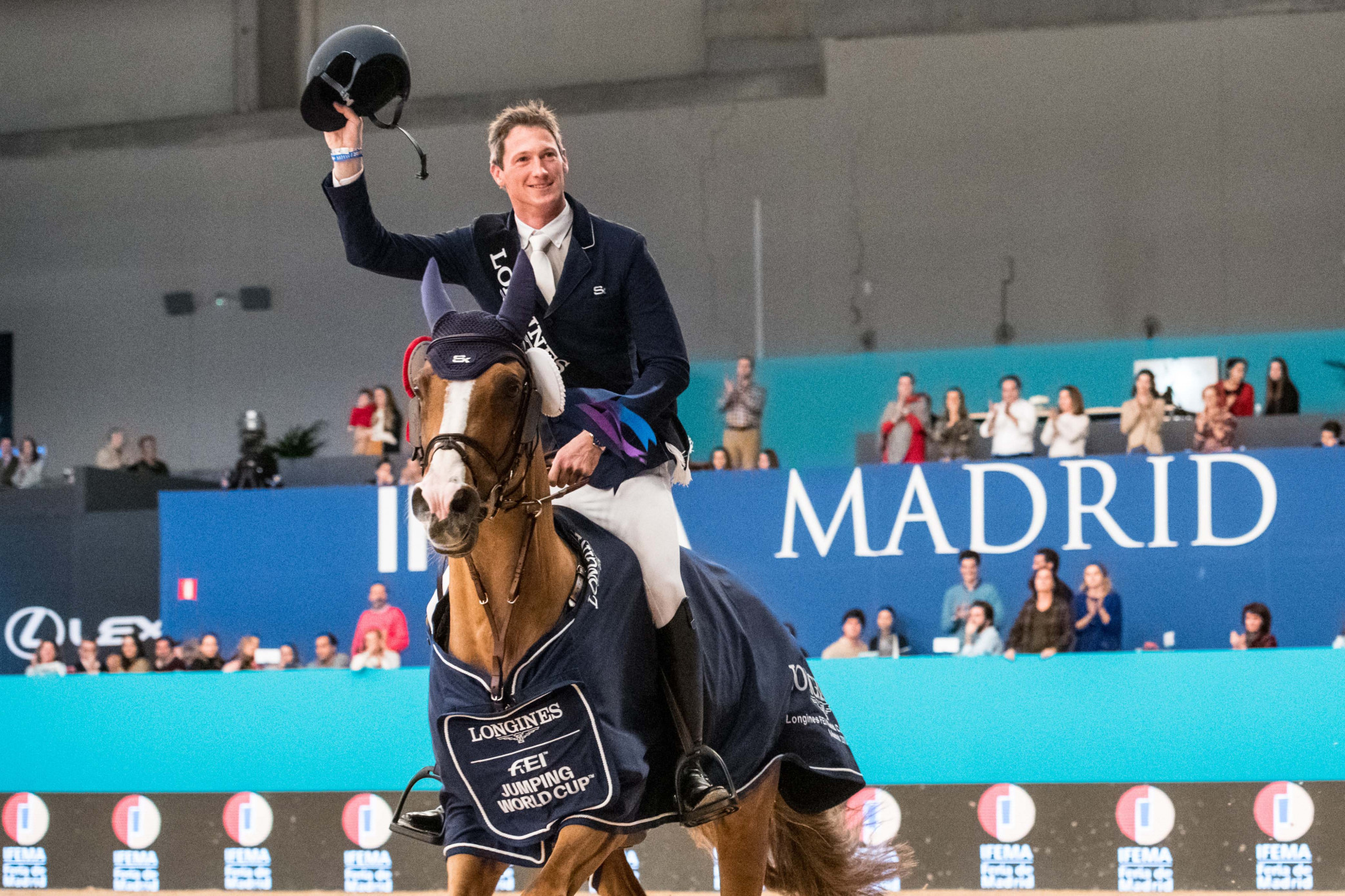 The sixth round of the 13 leg series was tense as 10 riders competed in a final jump-off to seal the winner.

Guerdat extended his lead by finishing runner up, riding Ulysse des Forets to second place in a time of 47.12.

Bringing the magic to @MadridHorseWeek! 😱🇪🇸

Packing a punch 🥊 Daniel Deusser stormed the ring aboard Tobago Z! This pair worked every inch of the arena to take their second win of the @LonginesEq #FEIWorldCup #Jumping this season!

Duesser was thankful for his cool-headed horse when the tensions rose in the jump-off final.

"We found a good rhythm from the first to the second, and it lasted to the very end of the course," the German said.

"Tobago is very careful and very scopey, and he’s not a hot horse so that really helps in the jump-off because he never rushes even when he’s under pressure - you get the same jump whether you are going fast or slow."

The 2014 FEI Jumping World Cup champion looks set to qualify for this year's final in Gothenburg next April after his victory.

The top 18 riders at the end of the Western European series will qualify for the world event and Deusser currently sits third on 40 points.

Guerdat tops the standings on 58 points while Belgium’s Pieter Devos is second on 49.