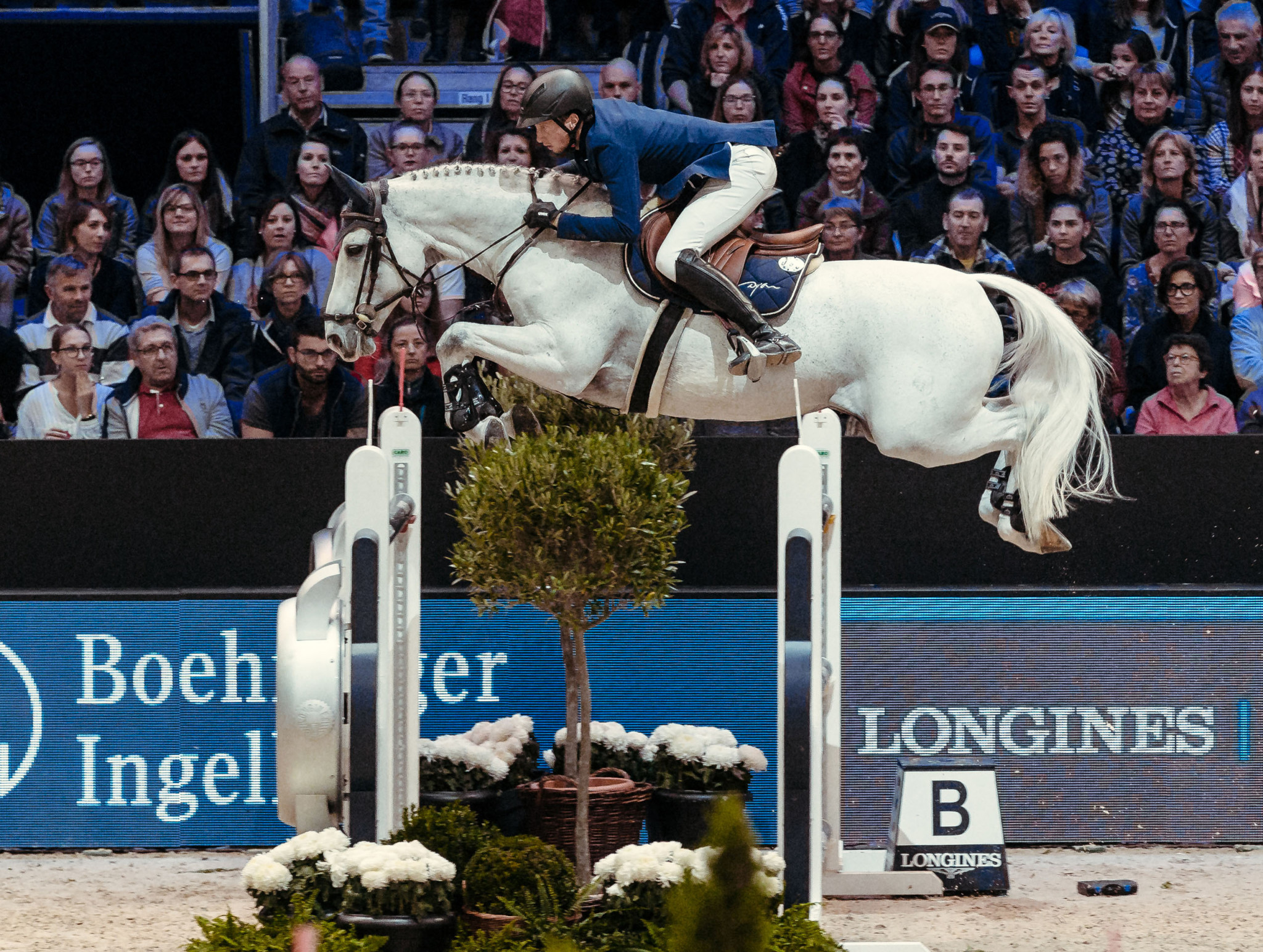 The 26-year-old prevailed after a 10-rider jump-off at Equita Longines in the French city.

The Swiss and Bianca timed in at 37.89 to reach the podium, as the top seven all went clear again in the jump-off.

"I was always going for the win, but I wasn't sure I could beat Lorenzo - I'm not always super-fast with Clooney and Lorenzo looked really fast on the screen," said Fuchs, who won individual silver at the World Equestrian Games in Tyron in September.

"I didn't know what time I had going through the finish, but when I looked up I saw first place and I was very, very happy."

All of the Jumping World Cup events across the world see riders bidding to gain points to qualify for the World Cup Final in Gothenburg.

Fuchs now leads the Western European League standings on 35 points, with Kevin Staut of France second on 34 and Guerdat third on 32.

"Clooney had a one-month break after Tryon and then we came to Verona and Lyon because I really want to qualify for the Final," Fuchs added.

"I'm going to Wellington [in the USA] in January so I wanted to focus on the World Cup qualifiers now.

"He's such a tough horse, he always fights.

"When I got him in the beginning I was struggling a lot because he has his own mind and he's so strong.

"But over time we have come to work really well together, and now we can do anything."

The next Jumping World Cup leg in Europe will be in German city Stuttgart in a fortnight's time.