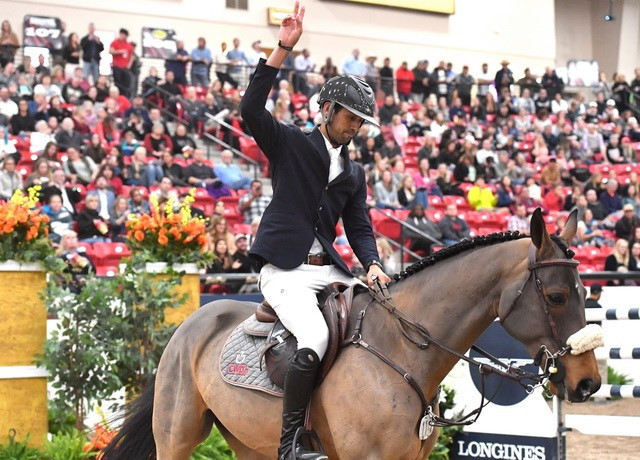 Egypt's Nayel Nassar made it back-to-back victories at the International Equestrian Federation Jumping World Cup by galloping to success in Las Vegas.

He triumphed after a six-rider jump-off at South Point Arena, clocking the quickest time of 34.57sec second-time around after going double clear.

Only the top three incurred no faults during the jump-off, with Germany's Wilhelm Genn and Bugatti stopping the watches at 35.73 for second.

Australia's Harley Brown rode Mylord Cornet to third place with a time of 40.34.

"It was a fast jump-off," Nassar said.

"Wilhelm set a really tough time to beat, and he was really efficient everywhere on a horse that has a bigger stride than mine.

"I just knew I had to be nice and neat in the turns and not go too crazy down the long lines."

His compatriot Eve Jobs is second on 48 with Nassar now third on 46.

The next North American League event will take place in 2019, with a West Sub League event in Guadalajara in Mexico on January 26.