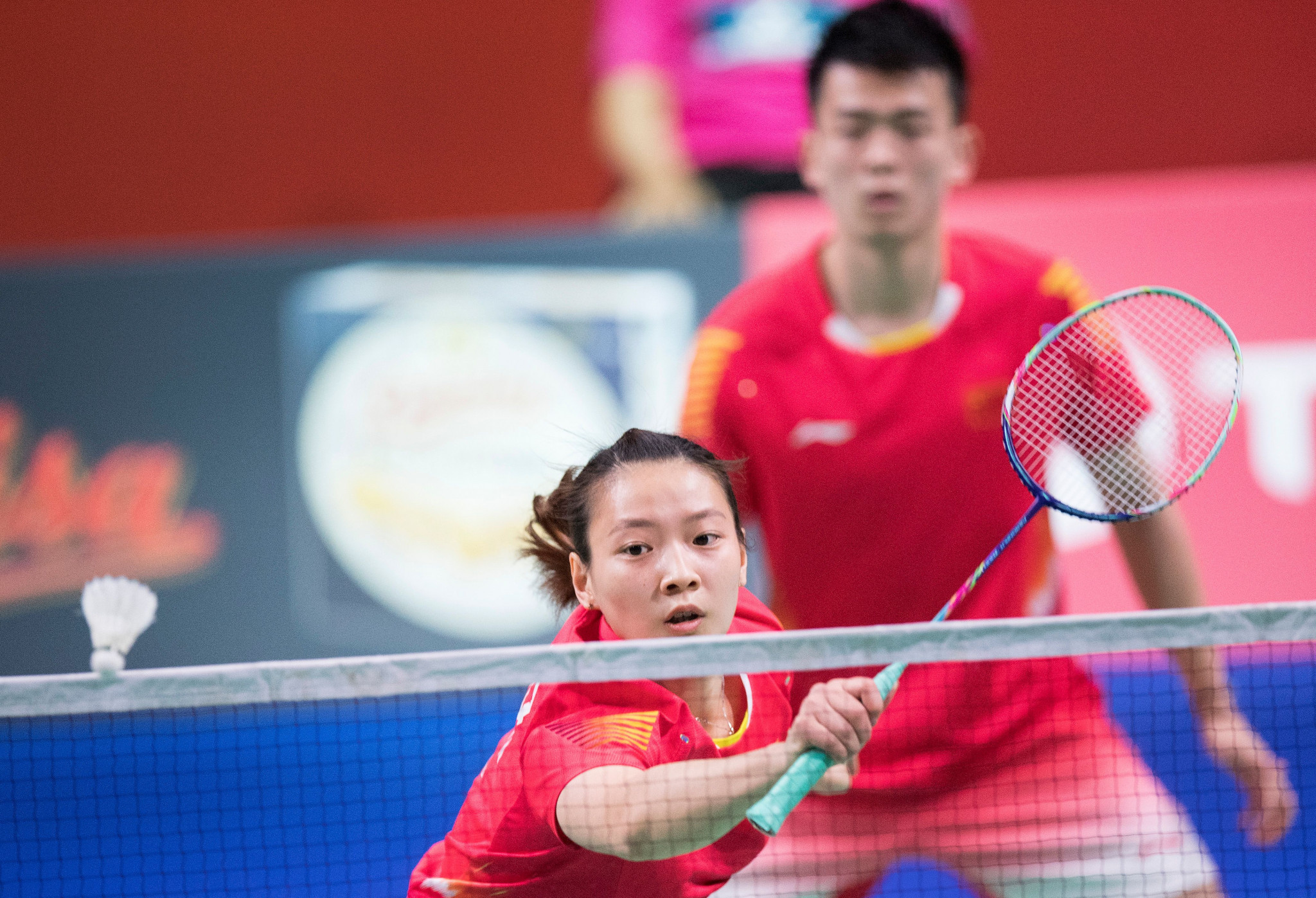 Hosts China won two of the five titles on offer on the last day of the Badminton World Federation (BWF) Fuzhou China Open at the Haixia Olympic Sport Center.

The first title of the day for the hosts was won by top seeds Zheng Siwei and Huang Yaqiong in the mixed doubles.

Zheng and Huang had to beat the second seeds and Chinese team-mates Wang Yilyu and Huang Dongping at the BWF World Tour Super 750 event.

The match lasted an hour and four minutes as the two pairs exchanged the lead.

Elsewhere Japan's Kento Momota lived up to his top seed billing with a victory over fourth seed Chou Tien Chen in the men's singles final.

The Chinese Taipei player forced a deciding game after rallying to a second game win as Momota, the reigning world champion, took the first.

In the doubles events South Korea and Indonesia took the women's and men's titles respectively.

The South Koreans were the seventh seeds but managed a 23-21, 21-16 victory over the fifth seeds.

He Jiting and Tan Qiang won a hard fought first game, but were unable to counter the top seeds after they rallied in the second and third.