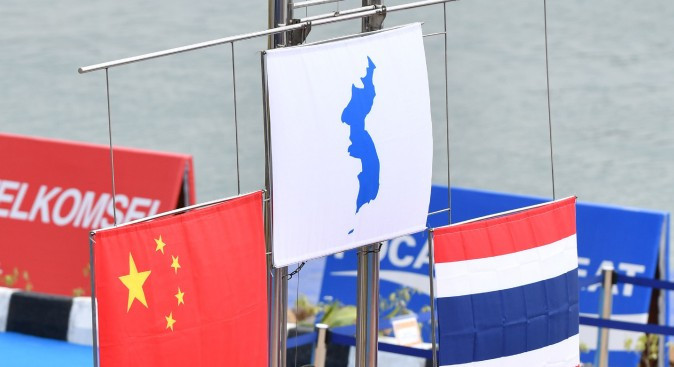 A joint North and South Korean candidacy for the 2032 Olympic and Paralympic Games took a step closer to becoming official today as the two countries agreed to send a letter to the International Olympic Committee (IOC) confirming their intention to bid.

The announcement was made following talks between sports officials representing the nations in the North's border town of Kaesong.

North and South Korea also decided to form a joint team for next year's World Men's Handball Championship in Germany and Denmark.

Reports also claimed they had agreed to compete together in six or seven sports at the 2020 Olympic Games in Tokyo.

South Korean President Moon Jae-in and North Korean leader Kim Jong-un agreed to launch a joint bid for the 2032 Olympics and Paralympics following a summit in Pyongyang last month, marking the latest show of sporting diplomacy between them.

IOC President Thomas Bach then held talks with Moon to discuss the possible bid, with today's meeting part of continued dialogue from the two nations.

Exact details have not been revealed but it is thought Seoul and Pyongyang will feature heavily in the plans.

The IOC have yet to receive official confirmation of the joint candidacy from North and South Korea but officials said this would come in a letter of intent.

India were the first to publicly confirm they intend to enter the race for 2032 and Germany are also thought to be interested.

The pledge to jointly bid was the latest example of sport acting as a peacemaking tool between the two neighbours.

North Korea competed at the  Pyeongchang 2018 Winter Olympics in the South in February after Kim announced that the secretive state would compete on New Year's Day.

Both Koreas marched together under a unified flag at the Opening Ceremony and also fielded a joint women's ice hockey team.

Bach told insidethegames he "welcomes very much" the possibility of a joint bid in a statement on September 19.