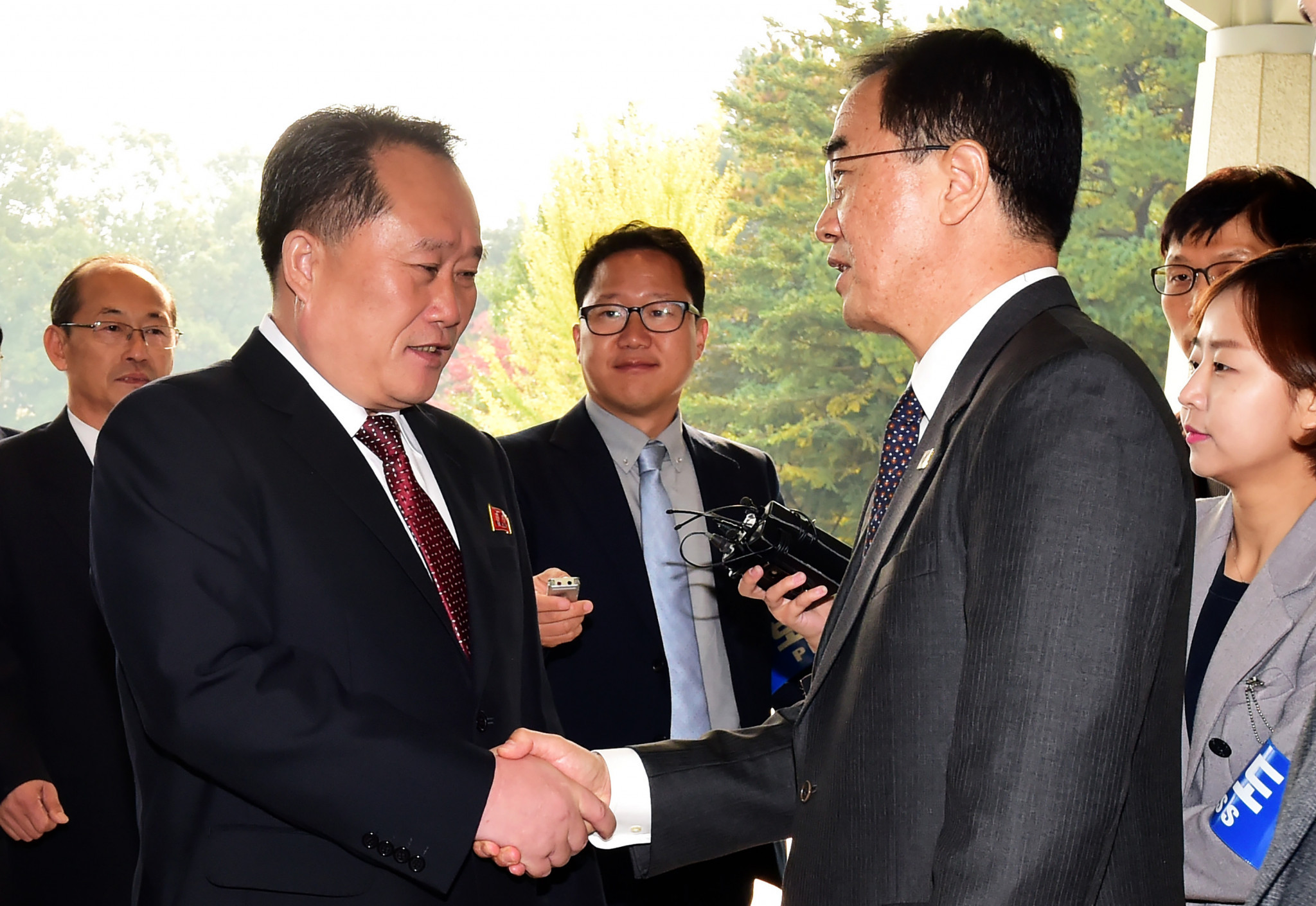 Delegates from North and South Korea met today to discuss fielding a unified team at Tokyo 2020 as well as their joint bid for the 2032 Olympics.

The meeting comes after the leaders of North and South Korea held their third summit in September in Pyongyang and reached agreements on several issues.

Sports Ministers at today's talks announced that further discussions will be held in late October over the bid for 2032.

The talks will be held at their joint liaison office in the North's border town of Kaesong to discuss Seoul and Pyongyang joining for the Games, Yonhap reported.

They will also discuss the plans to send a unified team to Tokyo 2020 and the possibility of a North Korean art troupe performing in South Korea.

South Korean Unification Minister Cho Myoung-gyon headed the southern delegation of five in the talks that were held today at the truce village of Panmunjon.

North Korea's Chair of the Committee for the Peaceful Reunification of the Country, Ri Son-gwon, led the North Korean delegation.

Other outcomes of the meeting included the arrangement to connect transport systems between the two countries.

A potential bid is the latest example of sport acting as a peacemaking tool between the two neighbours, who technically remain at war.

North Korea competed at the Pyeongchang 2018 Winter Olympics in the South in February after Kim announced that the secretive state would compete on New Year's Day.

Both Koreas marched together under a unified flag at the Opening Ceremony and also fielded a joint women's ice hockey team.

Bach told insidethegames he "welcomes very much" the possibility of a joint bid in a statement on September 19.

In March, Bach met with Jong-un in Pyongyang and discussions began on North Korean participation at the Tokyo 2020 and Beijing 2022 Games.

Unified Korean teams were then selected for the Asian Games in Jakarta and Palembang in August and September, in dragon boat racing, lightweight rowing and women's basketball.

The unified Korean dragon boat team made history as they claimed gold in the women's 500 metres race.

Indonesia, China and Australia could also bid for 2032.