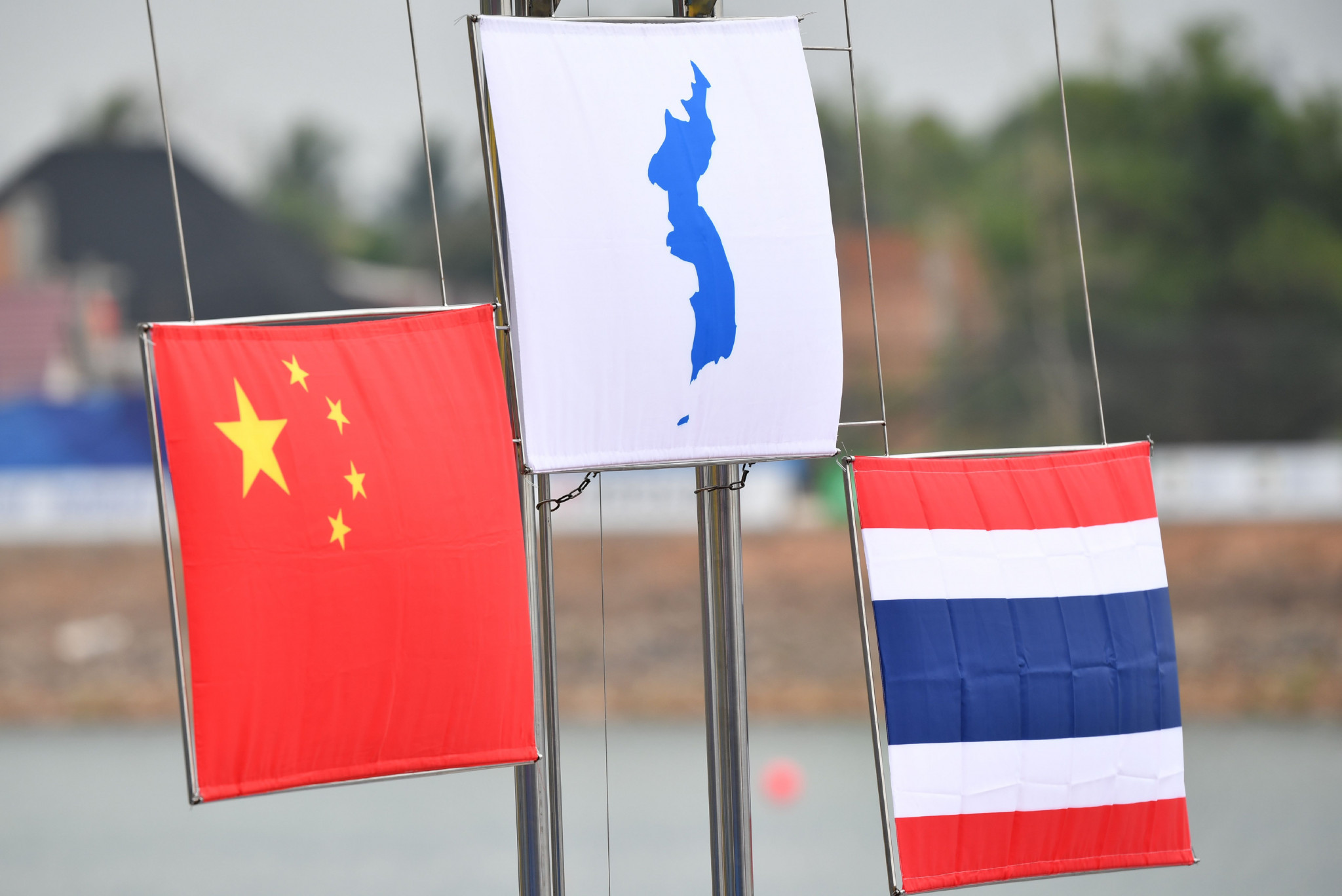 Today’s date will forever be etched into the history of inter-Korean relations as South Korea and North Korea came together to win an historic gold medal at the 2018 Asian Games in Jakarta and Palembang.

It came on a day where Kuwait, cleared to compete under their own flag following an International Olympic Committee ruling on the eve of the Games here, won two gold medals.

"Yesterday was the bronze, today is the gold and that’s made me even more emotional than before.

"I’m surprised, but we trained so hard and this is the result of that training and we deserve it."

Her surprise was probably justified, as the team only came together to begin training a month ago.

Now that they have won the gold, Jang said all the paddlers would like to continue racing together in the future.

"I think we can get together again as a unified team,” she said.

“It’s something we all want.”

Dragon boat racing is one of three sports - the others being women’s basketball and lightweight rowing - in which the two countries decided to compete in together back in June.

The combined Korean team in the women’s basketball also had a good day, winning their quarter-final against Thailand 106-63.

Elsewhere at the Games today, there were several high-quality performances.

In the flagship athletics events, the men’s and women’s 100m, both races were decided by the finest of margins at the Gelora Bung Karno Main Stadium.

The men’s race was won by China’s Su Bingtian in a Games record of 9.92, just ahead of Tosin Ogunode from Qatar and Ryota Yamagata from Japan, who both finished with exactly the same time of 10.00.

Despite finishing with the same time, Ogunode was awarded the silver and Yamagata the bronze.

In the previous race, the women’s final, all three medals were separated by just 0.03secs.

Edidiong Odiong from Bahrain took the gold on the dip in 11.30, while India’s Dutee Chand - who missed the Glasgow 2014 Commonwealth Games after being banned following an Athletics Federation of India test that found her androgen/testosterone levels in serum were above the permitted levels - came second in 11.32.

Yongli Wei from China finished just 0.01 of a second behind and had to settle for bronze.

China won gold and silver in the long jump, with both of their athletes setting a Games record in the first round.

Yaoguang Zhang leaped out to a record distance of 8.15 metres with his first jump, before his compatriot Jianan Wang immediately broke the record with a jump of 8.24m.

Neither themselves nor any of the rest of the field were able to beat those distances, meaning they took the gold and silver.

It was a historic day for Indonesia as well.

The country have never won 12 gold medals at an Asian Games before, their previous best being 11 when they last hosted the event in 1962.

Kuwait won their first and then shortly afterwards their second gold medal of the Games today.

Mansour Alrashidi won the men’s skeet with a Games record, but he needed to win a shoot-out to claim the gold.

Initially the final ended with both him and Di Jin from China on 52 points, but the subsequent shoot-out was won by Alrashdi 4-3 as he grasped Kuwait’s first triumph of the Games.

In the space of an hour the country then won their second in the men’s under-67 kilogram karate final after Ali Abdulaziz saw off Kazakhstan's Didar Amirali 4-0.

Stood on the 18th tee, Wembo Liu from China had a three-shot lead on 14-under-par after her closest rival and playing partner Yuka Saso from the Philippines double-bogeyed the previous hole.

However, an incredible piece of drama then unfolded.

Liu succumbed to the pressure of impending victory and carded a quadruple bogey nine on the final hole, while Saso, having just scored a double bogey, then managed an eagle three to snatch victory from the jaws of defeat.

Their two scores meant the gold medal was decided by an unprecedented six shot swing on the 72nd hole, leaving Liu on 10-under, while Saso jumped up to 13-under.

The Games will continue tomorrow with less than a week to go until the Closing Ceremony in Jakarta.

Medals will be won in thirteen sports including badminton, Indonesia’s most popular sport.

You can take a look at our full live blog from today, here.