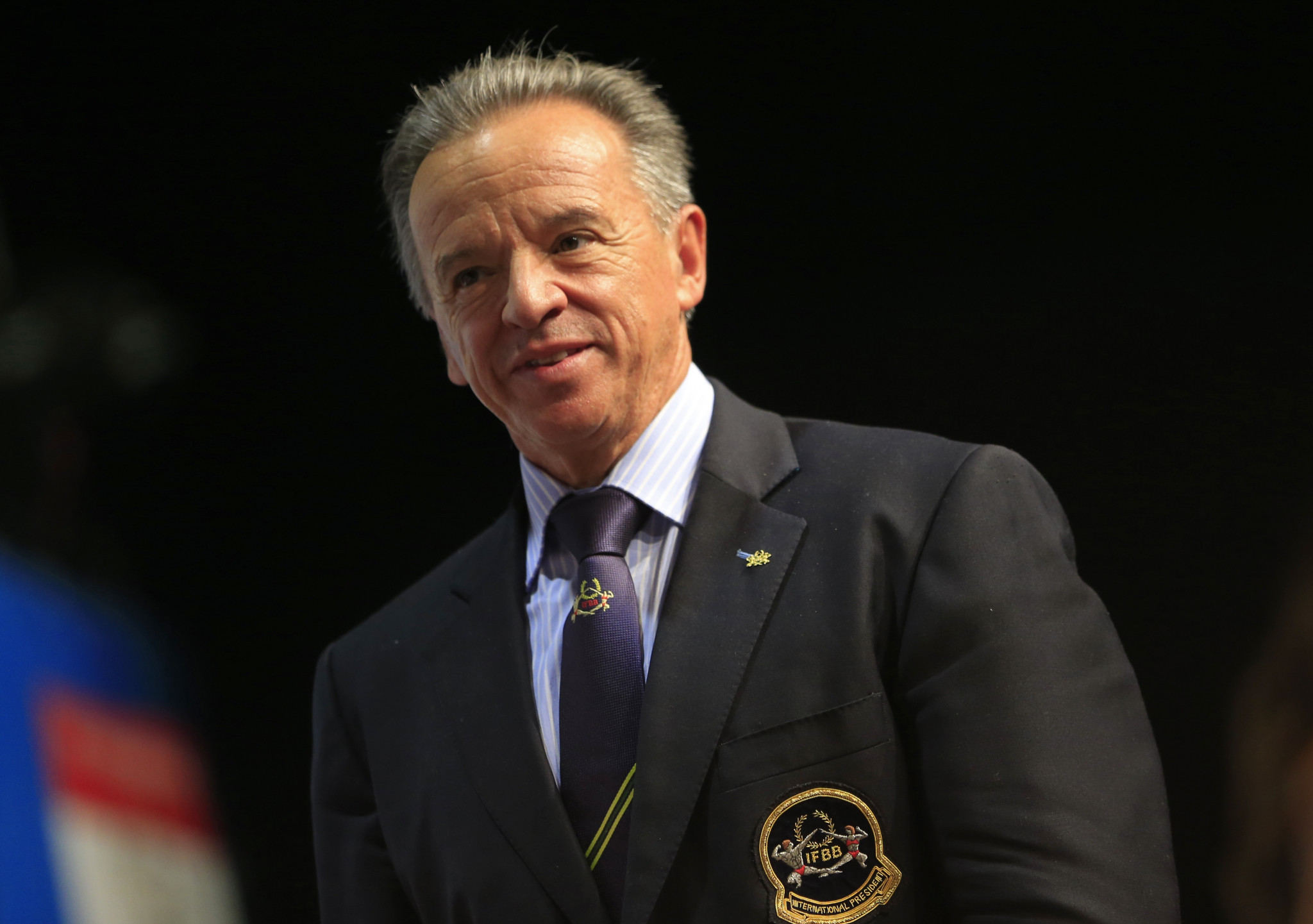 Rafael Santonja will stand unopposed for another term as International Federation of Fitness and Bodybuilding (IFBB) President.

The Spaniard confirmed that he will be the only candidate at the Presidential elections which will take place around the Bodybuilding World Championships in November in Benidorm.

"I am running for the next coming elections," Santonja said to insidethegames at the World Fitness Championships here.

"I love the sport and I am a gifted person to be able to lead this federation.

"Everything is a positive challenge and it is a privilege to be the IFBB President.

"We have elections every four years and are pleased with the active participation in these."

Santonja has been President of the governing body since 2006, when co-founder Ben Weider retired after 60 years.

The current President has already served three four-year terms but has no plans to step away from the sport as he announced he will be running unopposed for the position.

“I have been supported by all our people as I am the only candidate for this position of President," Santonja said.

"This is something I appreciate because it means I have strong links with all our members.

The long serving chief of the organisation is spearheading the sport's Olympic ambitions and also thanked International Olympic Committee members for their support.

"Our Olympic ambitions are always growing," he said.

"We are living in the fitness revolution and the world is becoming more and more conscious of the need to be fit.

"This is the solid ground for our sport.

"Our athletes are the peak of this fitness revolution.

"We are fighting hard against misuse of products in sport and we consider that being part of the Olympic umbrella will help us send that message to a new generation of sport stars.

"A lot of Olympic officials are supporting us.

"They understand the sport and the possibilities of it.

"I would like to thank all of them, to mention all of them would be too many."

Santonja also mentioned that he would be travelling to Tokyo at the end of November for the Association of National Olympic Committees General Assembly.