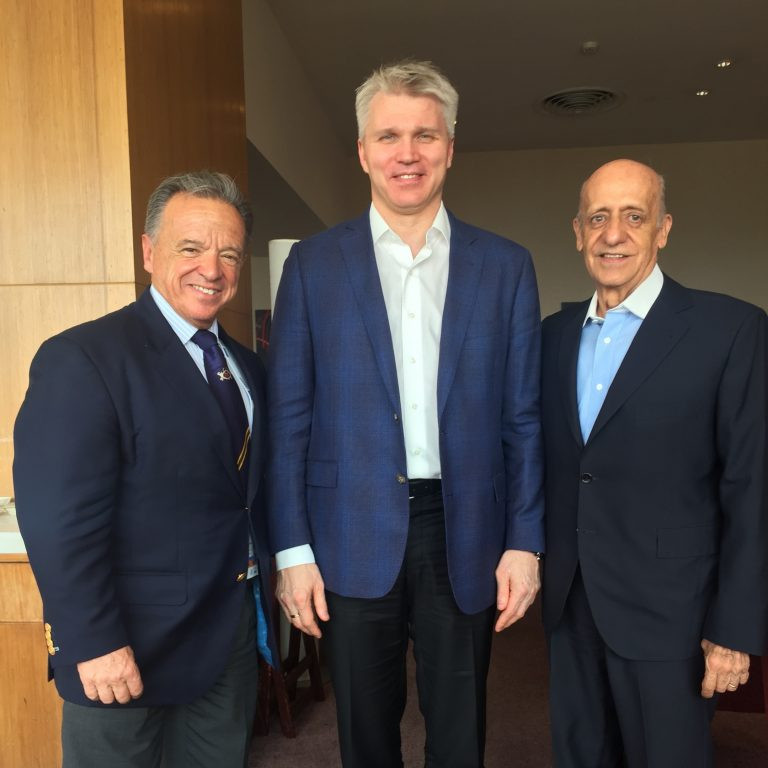 The International Federation of Fitness and Bodybuilding (IFBB) President Rafael Santonja held a number of meetings with significant sporting officials during this week's SportAccord Summit here.

Kolobkov spoke to Santonja about bodybuilding in Russia and the upcoming elections in the Russian Bodybuilding Federation.

He also celebrated Russia's important role in the hosting of IFBB events, including the recent IFBB Moscow Cup, which saw 500 athletes descend on the Russian capital for competition.

They also spoke about the future of bodybuilding and next year's Pan American Games in the Peruvian capital Lima.

Santonja was also present at the electoral meeting of the Executive Committee of the International World Games Association in and subsequently met re-elected President Jose Perurena and new Executive Committee member Antonio Espinós to congratulate the duo on their success.