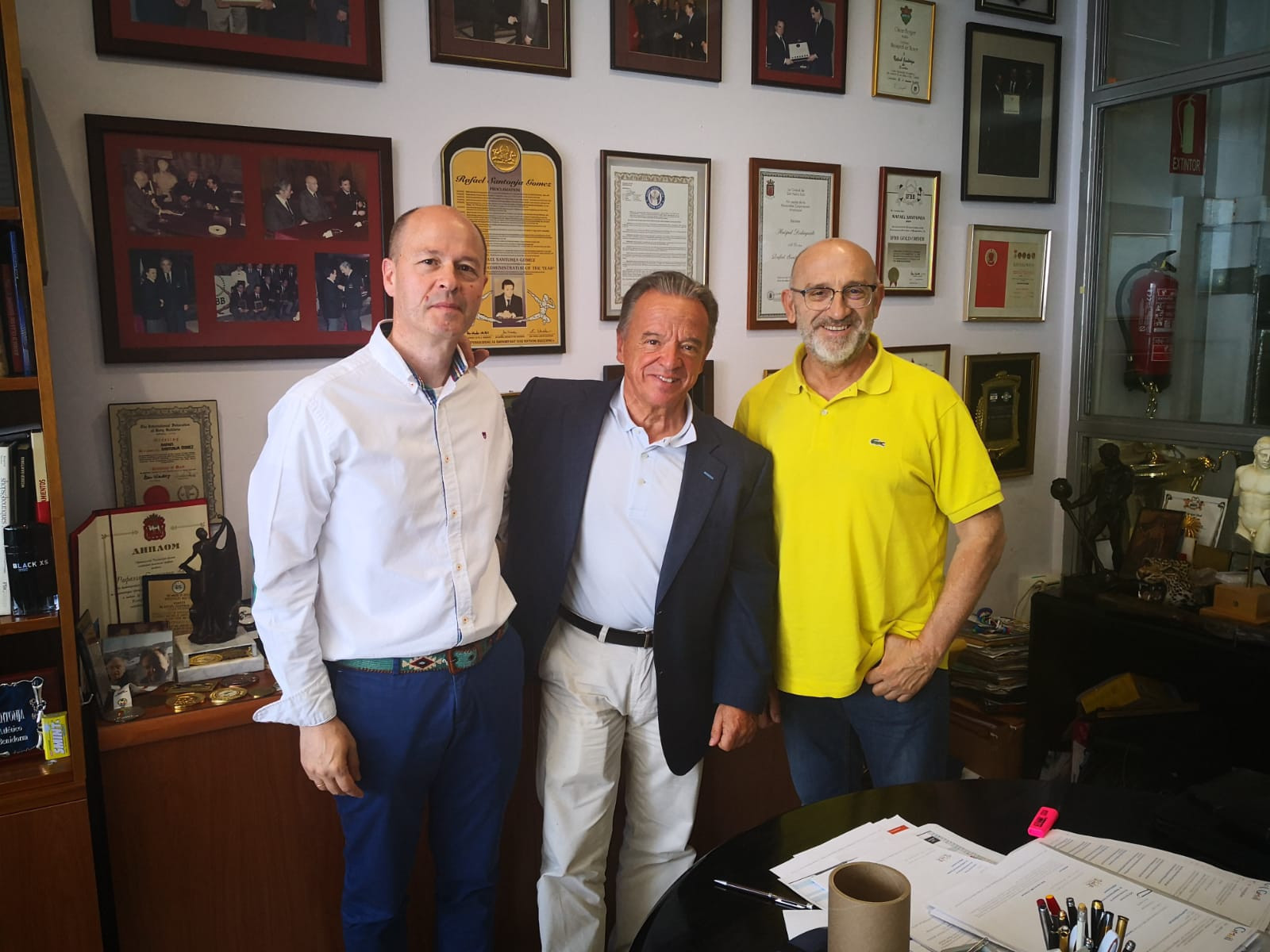 José Ramos and Javier Parra, who both helped organise the recent Diamond Cup event at the Antonio Machado College in Madrid, met the IFBB President Rafael Santonja at the world governing body's headquarters in Las Rozas.

The Diamond Cup event was the first to be held in the Spanish capital and had implications for the 2018 world rankings.

The meeting at the IFBB headquarters was held to celebrate the many events that have already taken place in Spain.

This included the 2018 European Championships.

Future events were also discussed, such as the Arnold Classic Europe in Barcelona and the next IFBB World Bodybuilding Championships in Benidorm.

That event in November will feature a new "classic physique" category among the other traditional events.

The three Presidents also came together to plan an upcoming Gala dinner at the Benidorm Palace, where the new 2018 IFBB world rankings will be announced.