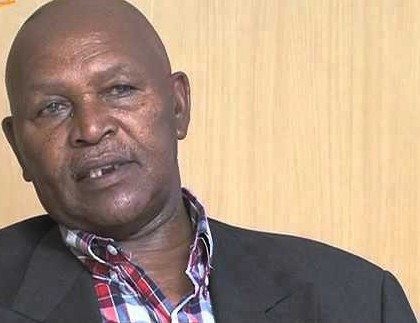 Legendary athlete Kipchoge Keino is set to escape criminal action over the corruption charges relating to Kenya's preparations for the 2016 Olympic Games in Rio de Janeiro, it has been revealed.

The double Olympic gold medallist, whose case was today deferred by seven days, is instead expected to be be a state witness against Kenya's former Sports Cabinet Secretary Hassan Wario and others who have been charged in the scandal.

The former chairman of the National Olympic Committee of Kenya (NOCK) was also expected to be charged with abuse of office and willful failure to comply with laws relating to public funds management.

But, after giving himself up yesterday at the Directorate of Criminal Investigations (DCI) headquarters and being questioned for more than six hours, it was discovered the honorary International Olympic Committee (IOC) member was never a signatory to any account and neither did he receive any money.

"We are reviewing some issues over emerging details that will see Kipchoge Keino become a witness," John Kariuki, head of investigations at DCI, told The Star in Nairobi.

Pressure had been mounting from mainly Rift Valley politicians and other influential figures to force Kenya's President Uhuru Kenyatta to intervene and stop Keino from facing charges.

It is also believed that the IOC had made representations on Keino's behalf.

IOC President Thomas Bach had claimed at the Summer Youth Olympic Games in Buenos Aires yesterday that Keino was "free" but was unable to provide any more details.

Wario, who is Kenya's Ambassador to Austria, appeared before an Anti-Corruption Court at Milimani this morning and was charged with six counts of abuse of office.

He pleaded not guilty to all of them.

Others facing charges are Kenya's Director of Administration Harun Komen and Patrick Kimathi, the former finance officer at the country's Ministry of Sports, Culture and the Arts.

Komen faces three counts of abuse of office - among them getting an air ticket to travel to Brazil without planning - and he too pleaded not guilty.