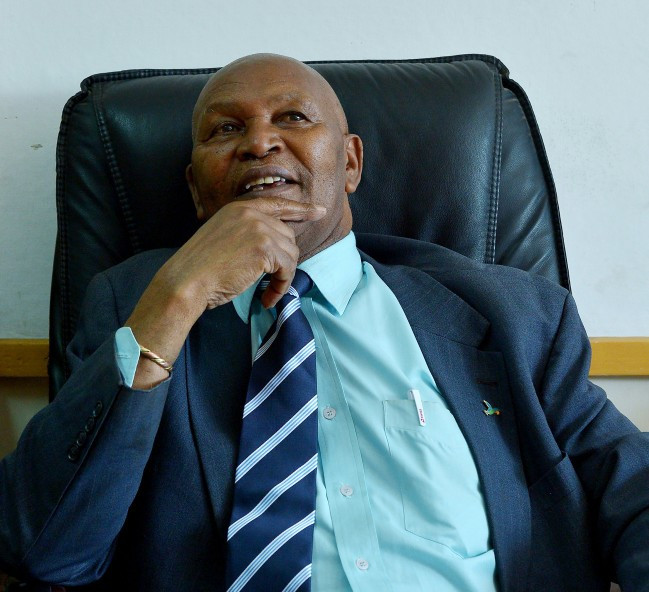 The 78-year-old double Olympic gold medallist was due to appear in court today alongside Rio 2016 Chef de Mission Stephen Soi, NOCK secretary general Francis Kinyili and former sports principal secretary Richard Ekai following accusations that money meant for athletes was stolen in the build up to the Games.

He did not however, as the retired middle distance runner was in Mexico to receive an award.

The others all pleaded not guilty.

Soi was arrested on Saturday as part of the investigation, at which point the Daily Nation reported that police were also seeking to arrest NOCK treasurer Francis Paul Kanyili, former Cabinet Secretary for Sports Hassan Wario, former Principal Secretary in the Ministry Ekai and director of administration Harun Komen.

The Director of Public Prosecutions (DPP) want the officials to face six counts of abuse of office and four counts of wilful failure to comply with laws relating to the management of public funds, contrary to the Anti-Corruption and Economic Crimes Act.

Former Sports PS Richard Ekai & 2 others plead not guilty to charges on embezzlement of Sh55M during 2016 Rio Olympics. They were released on Sh2M bond each with surety of similar amount, Sh1M personal bond & Sh1M alternative cash bail #RioOlympics_Prosecution pic.twitter.com/l0jMAA4E5O

According to Capital News, however, Jubilee party MP Caleb Kositany has called on the President to pardon Keino because he is "convinced" that Keino, the Olympic gold medallist in the 1500 metres at Mexico City 1968 and 3,000m steeplechase at Munich 1972, is innocent.

"If it is possible, the President should pardon Kipchoge Keino and direct that his charges be dropped and he be freed,” Kositany is quoted as saying.

"Because this is a man who has brought glory to this country.

"He has done more good to this country than harm.

"We will not be rewarding impunity.

"This is one special case of Kipchoge Keino."

The MP reportedly asked whether Kenya would gain more by charging Keino or by "protecting the name he has given this country".

"We have never rewarded him with anything and now in his sunset years we are dragging him through the mud," Capital News quoted Kositany as saying.

"I am convinced that Kipchoge Keino was not directly involved."

According to Capital News, Kositany claimed that if the allegations are proven, then a group of Keino’s friends, including him, have agreed that they will pay the money back so Keino himself does not have to.

"We have agreed that we will put money together as Kenyans and we pay back to the Government what they claim was stolen so that out legend is allowed to enjoy his retirement in freedom and peace," Kositany said.

"We have been asking ourselves very many questions in regards to the ongoing investigations," he reportedly said.

"We are wondering what were the people who were there before doing, because they are the ones who told us when we were vetting these people, that the former CS [Cabinet Secretary Hassan Wario] and PS [Principal Secretary Richard Ekai] had been cleared, but now Parliament has been left with egg on its face.

"Did someone hide some information from Parliament, from the DPP at that time in order that they be cleared and then come up with information later?"