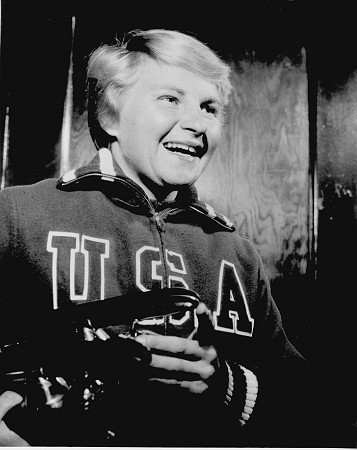 Triple Olympian Jeanne Ashworth, the first American woman to win an Olympic medal in speed skating, has died after a three-year battle with pancreatic cancer.

Ashworth died on October 4 at the age of 80.

She competed for the United States at three Winter Olympic Games, making her debut in 1960 in Squaw Valley, California.

She competed in the first women's speed skating competition to be held at the Olympics and took home bronze.

Ashworth finished behind Helga Haase, who took gold in the 500 metres for the United Team of Germany, as the Soviet Union's Natalya Donchenko claimed silver.

After this she competed at the 1964 Innsbruck Winter Games in Austria as well as the 1968 Grenoble Games in France.

The American was also an 11-time national champion.

After retiring from competition, Ashworth worked with the Lake Placid Olympic Museum and donated Olympic photos and mementos from her career.

She has been remembered fondly by Lake Placid Olympic Museum director, Alison Haas.

"Jeanne was an Olympic pioneer, not only in speed skating, but for women competing in the Olympic Games," said Haas.

"As a past board member of the Lake Placid Olympic Museum, Jeanne was instrumental in supporting our mission and growth.

"She was always dedicated to the Olympics and our community to inspire youth and visitors from around the world.

"We are honoured that the museum continues to display and protect so many of Jeanne's personal Olympic artifacts, including her bronze medal - the first medal awarded to a US woman in Olympic speed skating.

"She will be missed."

In 1993, Ashworth was inducted into the Lake Placid Hall of Fame.

The New York village has twice hosted the Winter Olympics and is a hub for American snow and ice sports.

"When we have people with her achievements in her sporting endeavor pass away, not only is it a loss to her community but to her sport as well," Randall said.