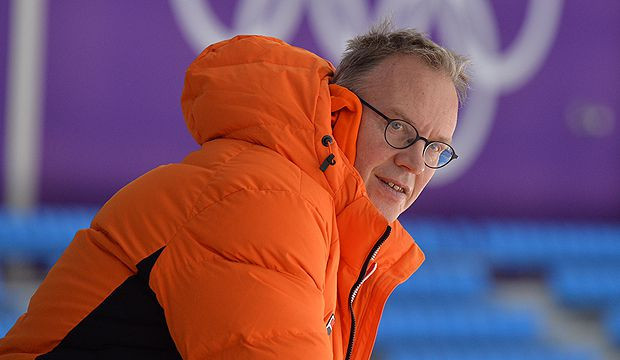 Speed Skating Canada have hailed the arrival of the "world renowned coach", who has guided skaters to six Olympic gold medals.

At Pyeongchang 2018, Kuiper was head coach for the Dutch men's and women's team pursuit and mass start.

The teams earned four medals, including women's silver and men's bronze in the team pursuit.

They also won two bronze in the mass start.

"I am honoured to have been approached for this position by Speed Skating Canada," said Kuiper, who began his coaching career in 1997.

"There is a strong foundation for high performance sport in Canada and I think this is the right place for me and the right time to share my experience with an enthusiastic and talented group of skaters and coaches.

"I have been to Canada several times and was attracted by its beautiful landscapes and its people.

"I'm looking forward to working as a technical coach advisor and will give my very best to help Canadian speed skating achieve short and long-term success."

Kuiper will work under long track high performance director Cara Thibault and with the other national team coaches and the integrated support team to develop Canada’s athletes.

Speed Skating Canada state he will play a leadership and advisory role in coaching, monitoring and evaluating athletes and training plans.

It is hoped this will lead to Canadian athletes achieving podium finishes in international competition.

"It's a privilege to have such an experienced coach as Geert Kuiper come to Canada to share his knowledge and expertise enhancing our long track programme to reach its goals in Beijing 2022," said Shawn Holman, Speed Skating Canada's chief sport officer.

"Building a world class programme takes world class people and we are confident Geert will have a significant impact on our high performance programme, but also system development as we strengthen our athlete pathway for our NextGen 2026 athletes."

He will lead coaching teams and provide advice to develop high performance athletes and coaches at the national training centres in Calgary and Quebec City.