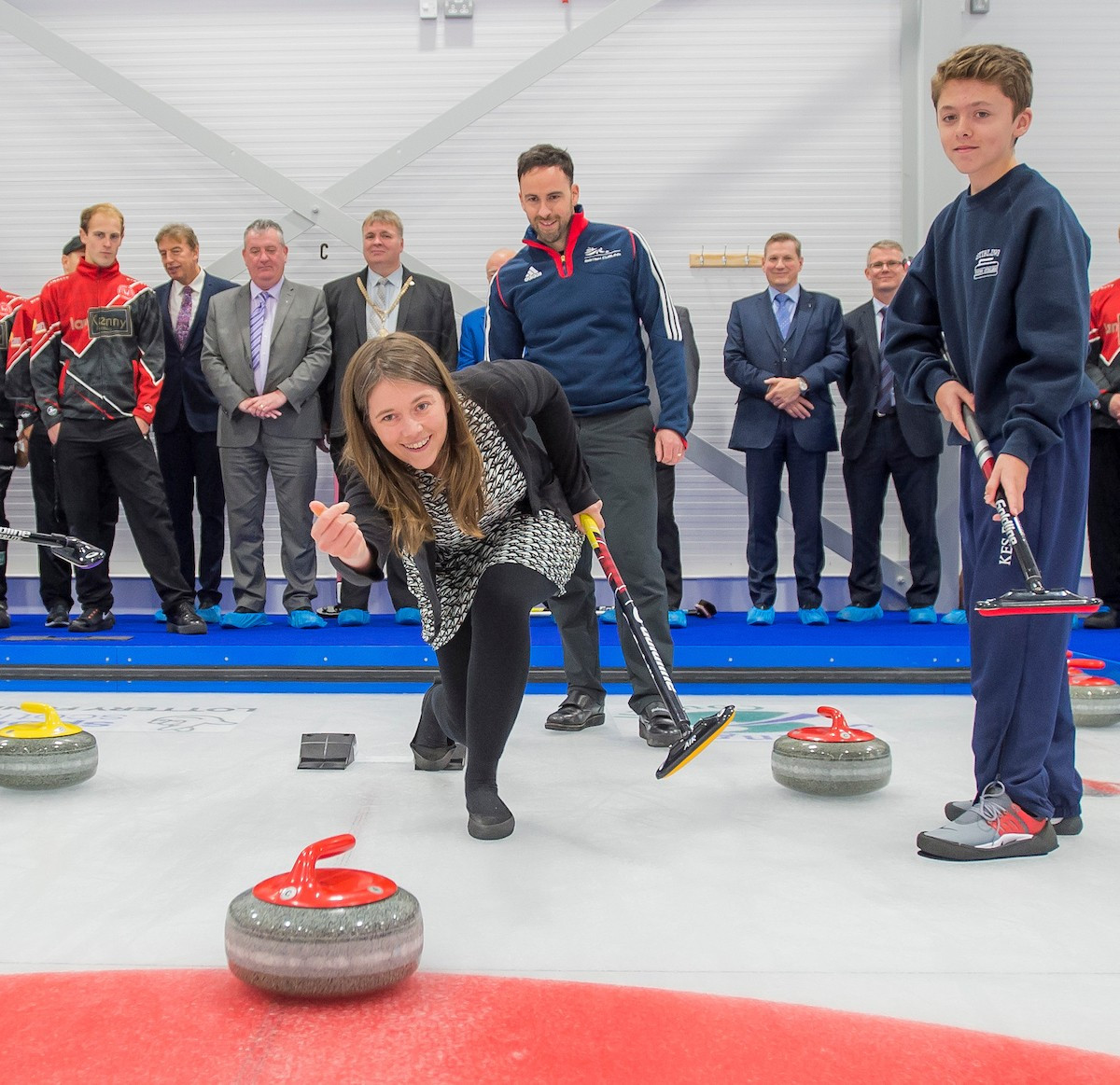 Aileen Campbell, the Minister for Public Health and Sport, threw the first stone across the new rink.

The world-class facility at Stirling Sports Village is Scotland's first dedicated curling academy, which ensures that from now on Scottish and British athletes and community players have year-round access to high-quality ice to train on.

As well as helping the sport develop from a grassroots perspective, the National Curling Academy provides a year-long training environment with the capacity to provide coaching and support programmes for world-class athletes.

"This outstanding facility will really help the sport grow in Scotland as our world-class athletes and club members can now practice right throughout the year on the highest quality ice."

Performance director at the sportscotland Institute of Sport, Mike Whittingham, added: "We're delighted that sportscotland and Stirling Council's investment partnership has resulted in a world-class facility and home for curling in Scotland.

"The technology in the National Curling Academy is cutting-edge and a welcome addition to our Olympic and Paralympic training programmes, and investment from our National Lottery stream and Stirling Council has made this happen."

As well as high-quality ice on four new sheets, the Academy will have real time video capture and displays comprising multiple camera viewing angles from September.

This will allow for video-based feedback across all four curling sheets.

The impact of sweeping with smart-broom technology continues to be monitored and real time feedback can be provided rink side, which includes measures such as forces applied to the broom, broom head amplitude, broom frequency and ice/stone impact.

All of this data will be collected into a database which can be securely accessed both on site and remotely.

Muirhead, an Olympic bronze medallist for Britain at Sochi 2014 and the 2013 world champion, believes the new facility gives the British Curling programme a real edge over rival nations.

"Video will be available so that you can analyse your game right down to the tiniest margins - if anyone has a facility like that I don't know what makes it better and I can't see anyone beating this.

"It's fantastic turning up to training knowing that you have this facility on your doorstep and it has made a big difference to us already and I know it will right up to the Olympics and for the future of curling."

"With the world's oldest known curling stone residing in the Smith Art Gallery and Museum, Stirling really is the home of curling."

The ice at the National Curling Academy is being tested by the performance athletes and will be open to community clubs and the public from September 4.