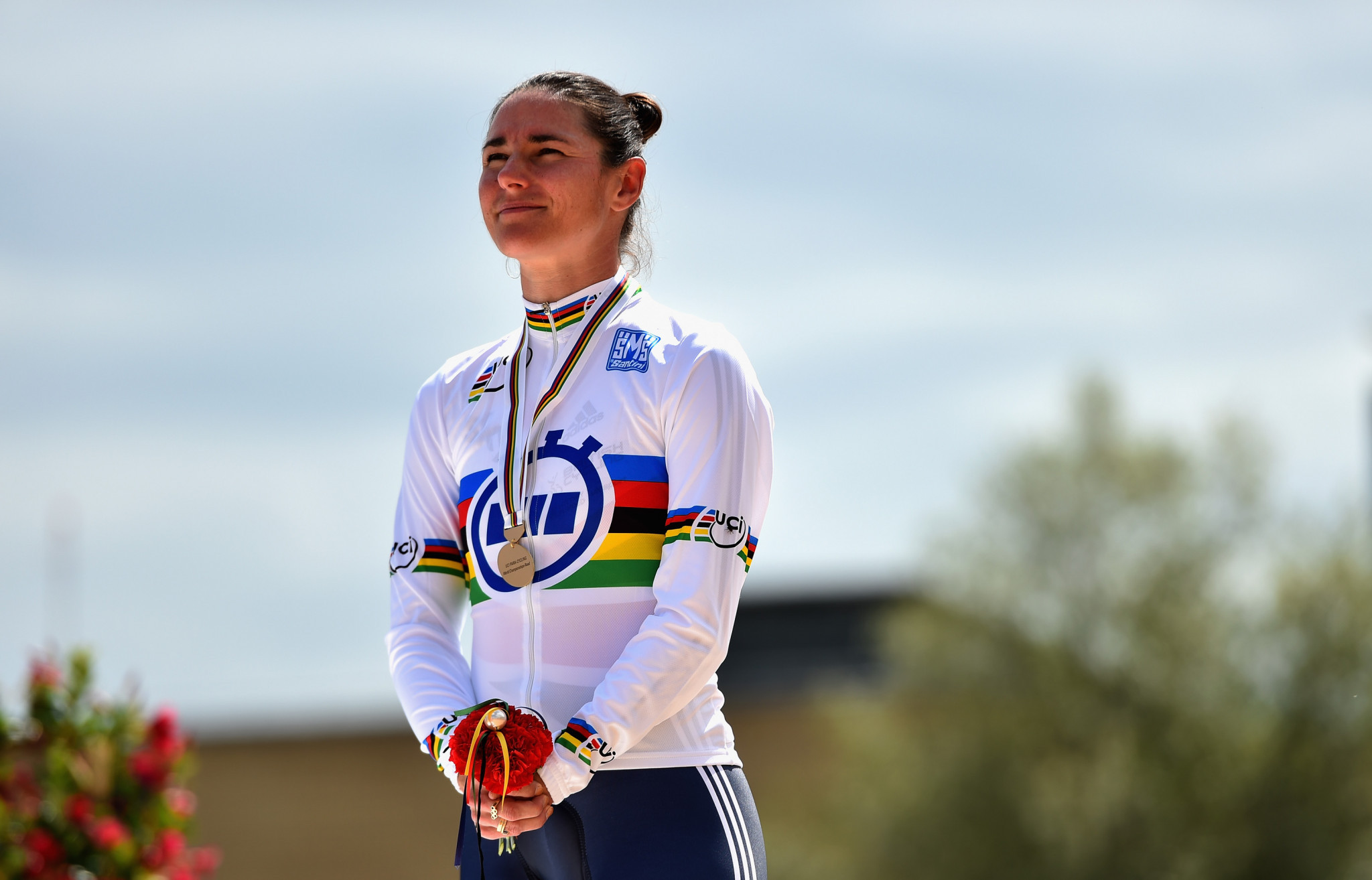 The Briton, who has only recently returned to competition less than a year after the birth of second child, Charlie, last October, finished her 68 kilometres event in 1 hour 51min 0sec.

It marked Dame Storey's 31st World Championships title in the sport since she switched from swimming.

Paula Ossa Veloza of Colombia and Storey's compatriot Crystal Lane-Wright took silver and bronze respectively, given the same time as the winner.

Australia's Alistair Donohoe won the 81.6km men's C5 road race in 1:51.20sec, ahead of Ukraine's Yehor Dementyev and Pierpaolo Addesi of Italy, who were both 24sec back.

Italy's Michele Pittacolo took the men's C4 title in 1:52.00 over the same distance in a sprint finish from Russia's Sergei Pudov and Belgium's Louis Clincke, both given the same time.

The C3 men's title over 68 km went to Belgium's Kris Bosmans, who finished two seconds clear of the chasing group in 1:45.13, with silver and bronze going to Fabio Anobile of Italy and Russia's Sergey Ustinov.

Canada's Tristen Chernove took gold in the 68km C2 men's race, clocking 1:45.30, with silver and bronze medallists Alejandro Perea Aronga of Colombia and Darren Hicks of Australia being given the same time.

Victory in the 68km C1 men's race went to Germany's Pierre Senska, who clocked 1:49.09, the same time as the silver medallist Ricardo Ten Argiles of Spain, with China's Zhangyu Li three seconds behind.

The women's C4 event, over 68km, saw victory for Shawn Morelli of the United States in 1:55.21, with Australia's Hannah Macdougall six seconds back for silver ahead of Jianping Ruan of China, who was 1min 54sec back on the winner.

Anna Beck of Sweden won the women's C3 event, over 54.4km, in 1:37.16, with silver medallist Denise Schindler of Germany and Jamie Whitmore of the United States given the same time.

Britain’s Lora Fachie and Corrine Hall took silver in 02:02.35, with bronze going to Poland’s Iwona Podkoscielna and Aleksandra Teclaw in 02:02.39.