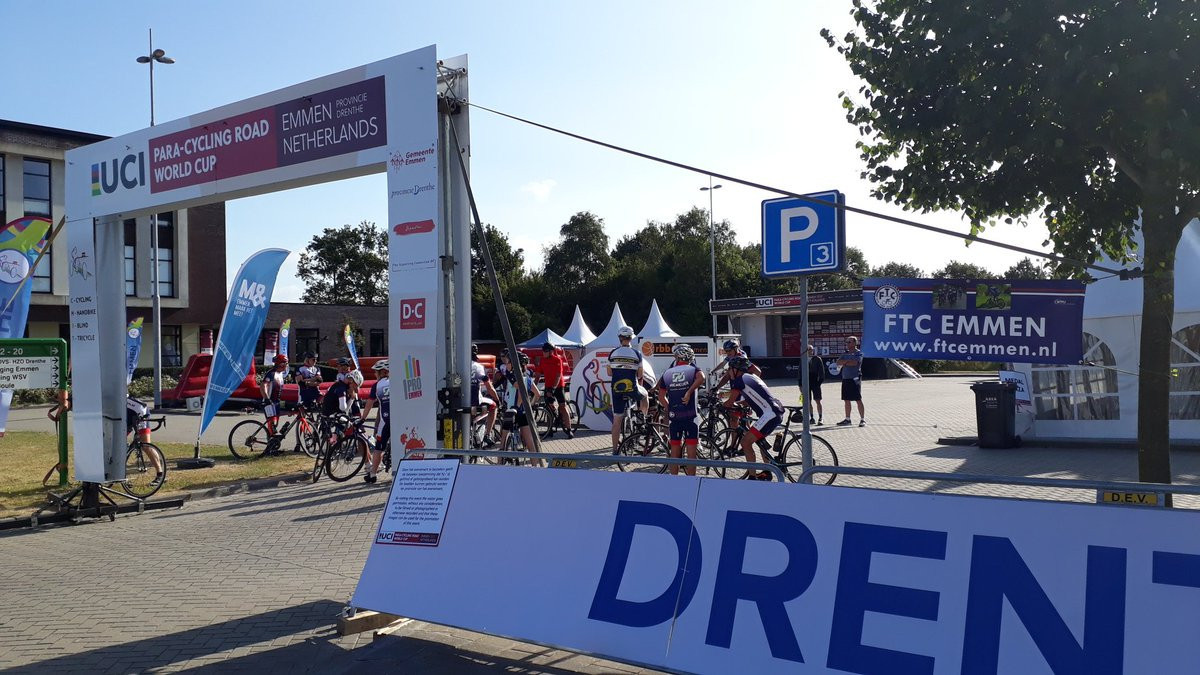 Boyle came out on top in a close battle with yesterday’s time trial winner Hans-Peter Durst of Germany at the Dutch venue.

The American crossed the line in first place in a time of 44min 10sec at the end of the 25.2 kilometres event.

Durst would settle for second place, having finished seven seconds adrift of his rival.

The podium was completed by Germany’s Friedrich Freytag, who finished 32 seconds behind the winner.

Both men achieved a time of 51:52, but Farroni was awarded the victory.

The tricycle road races in Emmen have finished!

Canada’s Shelley Gautier secured her second gold in two days, as she triumphed in the women’s T1 race.

Gautier managed a time of 56:50, which saw her end more than seven minutes clear of her only rival Yulia Sibagatova of Russia.

Jill Walsh was able to upgrade from her T2 time trial silver by winning the road race today.

She beat yesterday’s winner Carol Cooke of Australia in a sprint finish, with both athletes completing the course in 46:03.

United States’ Monica Sereda earned her second bronze medal of the World Cup, as she finished 5:35 down.

Road races are due to conclude tomorrow, with the World Cup ending with a team relay.

The Dutch venue is scheduled to stage next year's UCI Para-cycling Road World Championships and the World Cup is viewed as an opportunity to assess their preparations.