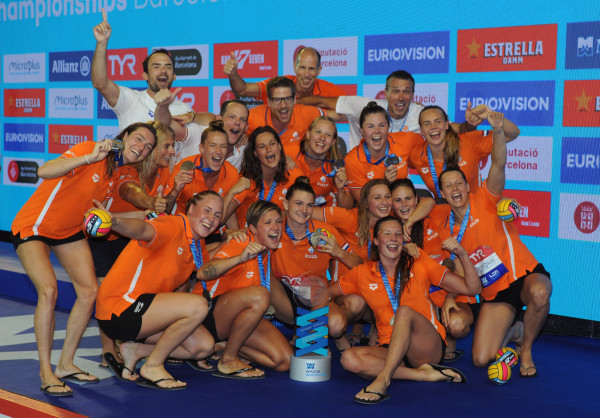 The Netherlands, runners-up in the women’s European Water Polo Championships on the last two occasions, took a step to the top of the podium with a dramatic 6-4 win in their final against Greece.

The gold medallists, who also beat Greece in the group stages, finished the International Swimming Federation (FINA) tournament at the at the Piscines Bernat Picornell in Barcelona with six wins and a draw.

A superb performance in goal from Laura Aarts, and the attacking talents of Sabrina van der Sloot and Maud Megens, The Netherlands proved too much for their Greek rivals, who also took silver in 2010 and 2012.

Aarts was chosen as the best goalkeeper of the tournament, while van del Sloor was the Most Valuable Player of the competition.