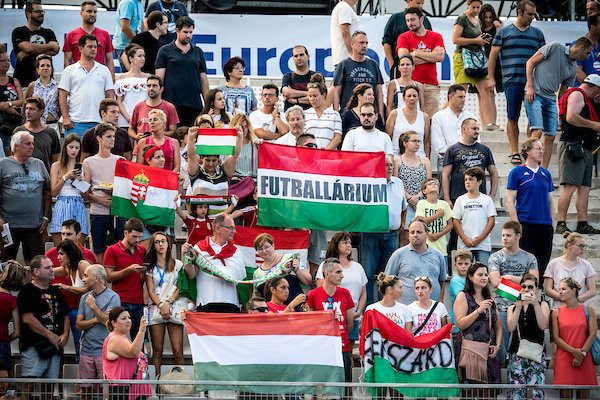 Hungary earned a place in the men's European Water Polo Championship quarter-finals after winning a playoff match in Barcelona.

The four group winners were able to enjoy a second day of rest, their performances having earned them direct places in the last eight.

They were able to watch as the second and third place teams in groups go head-to-head in playoff matches at the Piscines Bernat Picornell to decide the final spots.

Group A runners-up Hungary saw off the challenge of The Netherlands in the first playoff, their team earning a 9-6 lead after the opening two quarters.

They maintained their advantage in the second half of the tie to seal a 12-9 victory.

Hungary’s reward is a quarter-final clash with Olympic and defending European champions Serbia, winners of each of their group matches in Barcelona.

Germany and Greece competed in the second playoff match, the winners earning a tie against hosts Spain.

Greece would emerge as comfortable 13-5 victors to advance.

World champions Croatia lie will meet Montenegro in the quarter-finals.

The final playoff match saw Russia beat France 12-9 to set up a meeting with Italy in the quarter-finals.

Two classification matches also took place today for the last placed teams in each of the four groups.

Georgia overcame Turkey 15-10, while Slovakia were 11-6 winners against Malta.

Georgia will now play Slovakia to decide the 13th place finisher, while Turkey and Malta will battle to finish 15th.

The quarter-finals of the men’s competition are due to take place on Tuesday (July 24), with the women’s providing the focus tomorrow.