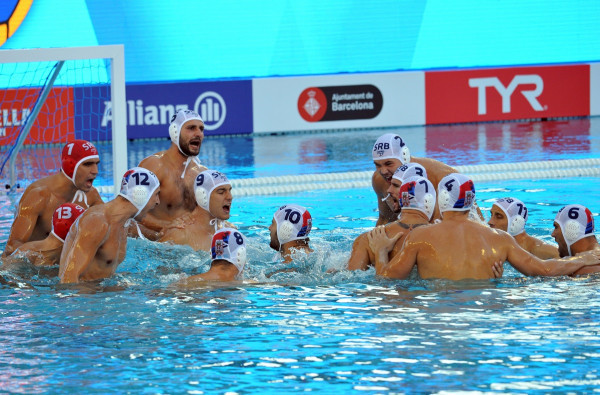 The defending men's champions Serbia have booked their place in the final of the European Water Polo Championships in Barcelona today and will face hosts Spain in the final, after beating their rivals Croatia in the last four.

Serbia got off to a fast start in the match at the Piscines Bernat Picornell, finishing the first quarter with a 5-3 lead.

As it turned out, the two point gap was enough to see them through, as the next three quarters ended 1-1, 1-1 and 2-2 respectively, meaning Serbia took the win 9-7 against the current world champions.

The second semi-final saw the hosts Spain face Italy, who won the bronze in 2014.

Spain have not won a medal at the European Championships since 2006, but they were clearly spurred on by the home crowd tonight and eventually overcame the Italians 8-7.

The match was all-square at 1-1 after the first quarter, but by half time Spain had edged ahead 4-3.

By the fourth quarter the match was again finely poised at 6-6, but the Spaniards managed to push on in the final quarter, winning it 3-1, to take the match 8-7 overall.

Elsewhere in the competition today, Greece managed to beat Russia in a very tense match 12-11, to help establish which teams will finish fifth, sixth, seventh and eighth.

They will now play Montenegro in the play-off for fifth, after the Montenegrins beat the Olympic bronze medallists Hungary in another tight match 7-6.