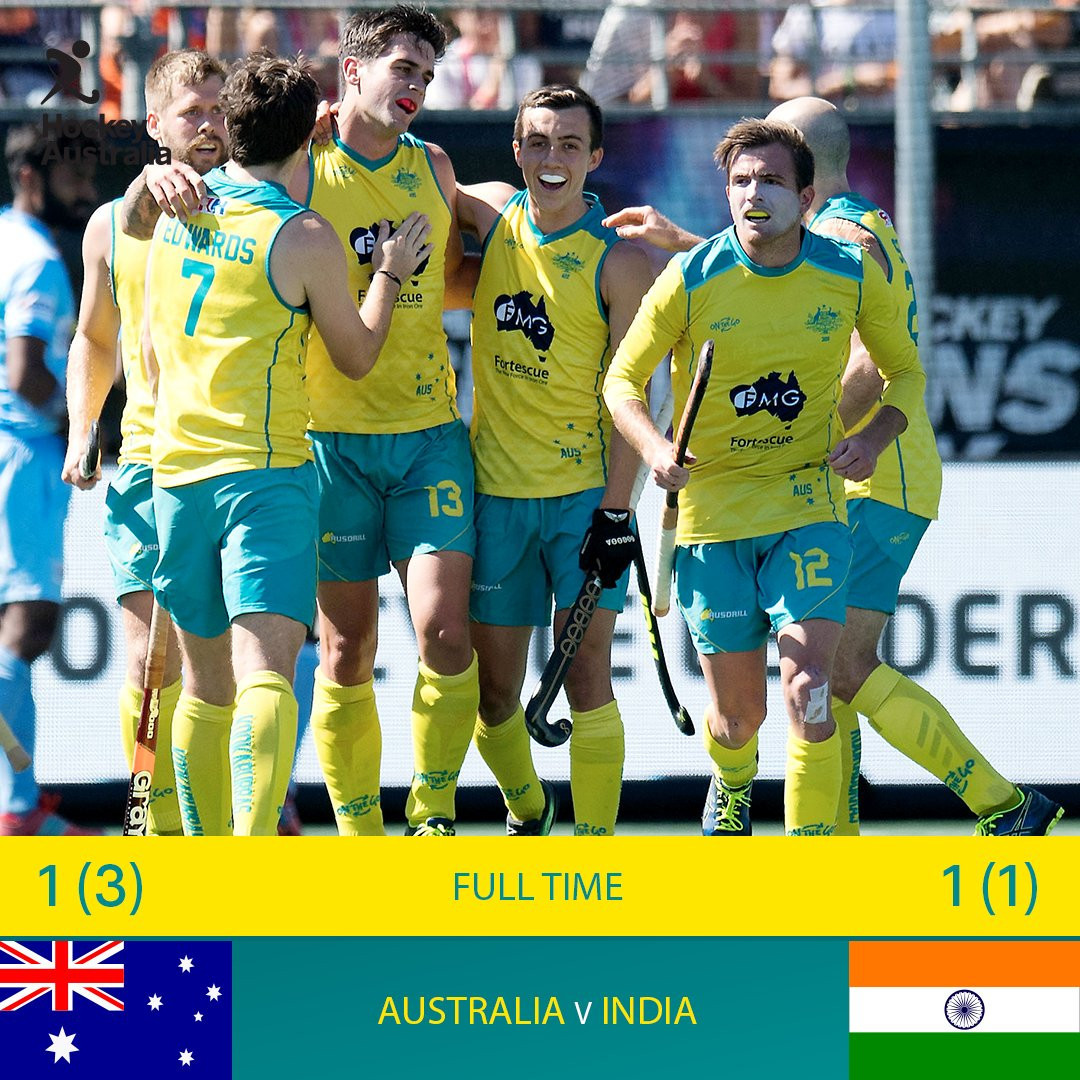 The current world and Commonwealth champions Australia beat India in a shoot-out in the final of the International Hockey Federation (FIH) Men's Champions Trophy in Breda in The Netherlands.

Their win was thanks to a superb performance from their goalkeeper Tyler Lovell at BH & BC Breda.

Australia had topped the pool with 10 points to qualify for the final, while India made it through thanks to a 1-1 draw with hosts The Netherlands yesterday which saw them come second.

Today's final ended with the same scoreline after normal time.

Australia took the lead in the second quarter after 24 minutes, thanks to a brilliant penalty corner converted by Blake Govers.

The third quarter started with early pressure from the Indians, though, and after a handful of missed chances they were eventually able to convert one.

Vivek Sagar got his stick onto a shot from Chinglen Kangujam and managed to deflect it past Lovell in the 43rd minute.

Only three minutes later India had a great chance to take the lead but the score stayed 1-1 thanks to some brilliant keeping.

The last final in 2016 between the teams also went to a shoot-out, and this game was to emulate that meeting exactly, as the final whistle blew with the score still 1-1.

In 2016 it was Australia who came away victorious and that experience no doubt helped them and especially Lovell, who saved three times to win the trophy for the Australians, as the shoot-out ended 3-1.

Tyler Lovell give him the Man Of the tournament!!! Single handedly won the trophy!!

As well as the trophy, Lovell's performance also won him the player of the tournament award.

This was the last Champions Trophy as the FIH are axing it in favour of their new home and away competition.

Elsewhere in today's hockey play, Austria and Wales have both qualified for the FIH Hockey Series Finals after finishing first and second respectively at the Hockey Series Open in Zagreb.

The sides also provided the competition's two top goal scorers, with Austria's Michael Korper scoring 10 in front of Gareth Furlong from Wales who got nine.

Wales, who are ranked 24th in the world, began the tournament with a 6-1 thrashing of Slovakia, before they then lost to the eventual winners Austria 3-0.

Austria then won again, but in a tough match against the hosts Croatia, 3-2.

After that both Wales and Austria, who were the top two ranked sides in the competition, began to pull away from the other teams.

This stage of the new FIH Hockey Series is the first step on the road to Olympic qualification.

Other events will be taking place across the world over the next few weeks.

The next competition will go ahead in Wattignies in France between July 6 to 8, where four women's teams will compete for a spot in the Series Finals.