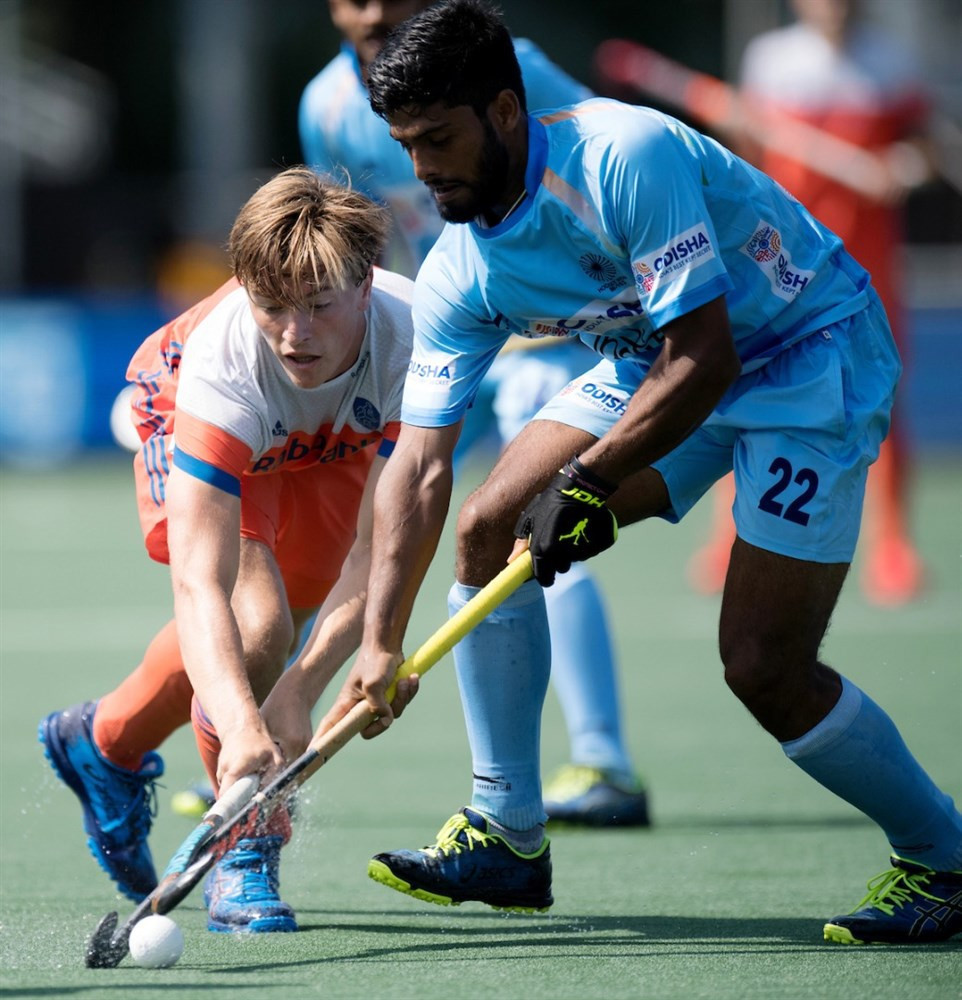 India secured an all-important draw against host nation The Netherlands today to set up a final with Australia at the Men's Hockey Champions Trophy in Breda.

The Indians came into the contest knowing that a point would be good enough to see them into the final as runners-up in the round-robin standings and they produced a fine defensive display to keep alive their hopes of winning a first-ever Champions Trophy title.

They broke the deadlock two minutes into the final quarter when Mandeep Singh pounced on a saved penalty corner to finish in emphatic style, silencing the home crowd at the BH & BC Breda.

The Dutch fans were soon cheering again thanks to Thierry Brinkman, who squeezed in an equaliser from a tight angle with five minutes remaining.

But despite piling on the pressure in the remaining minutes, The Netherlands could not find the goal that they needed to deny the Indians a place in the gold medal game.

Tomorrow’s title match between India and world champions Australia will be a replay of the 2016 final.

Australia, who will be looking to win the Champions Trophy for the 15th time, finished top of the round-robin standings despite losing 3-2 to reigning Olympic champions Argentina in today’s opening match.

Argentina were much improved from their surprise 4-1 defeat at the hands of Pakistan on Thursday (June 28), proving to be more than a match for the holders in the first two quarters.

As he so often does, penalty corner king Gonzalo Peillat played a starring role in the first-half, scoring two stunning low efforts either side of a striker’s finish from Australia’s Tim Brand as Argentina took a 2-1 lead into the half-time break.

That scoreline remained the same until six minutes from the end of the contest, when Peillat completed his hat-trick with another accurate penalty corner effort to give Argentina some breathing space at 3-1.

Australia hit back almost immediately when Brand scored his second of the game with a wonderful backhand effort that flew into the roof of the goal, but Argentina held on for the win.

"It was a really tough match but we did it for us," Peillat, who has now scored six times in Breda and leads the race to finish as top goalscorer, said.

"We really haven’t played a good tournament and this was our best performance so far.

"It was really good for the team to get some confidence."

Victory for Argentina ensures a place in tomorrow’s bronze medal match against The Netherlands and forced Belgium into the fifth-place play-off against Pakistan.

The two matches will precede the gold medal match.

On the final day of action in Zagreb, Austria sealed top spot in the round-robin standings and overall victory with a 15-1 win over Slovakia.

Wales beat hosts Croatia 9-0 in today's other match to take second place ahead of their opponents.

The third-place play-offs were held in Singapore with Chinese Taipei defeating Myanmar 6-2 in the men’s and the home nation overcoming Kazakhstan 4-2 on penalties after a 3-3 draw in the women’s.