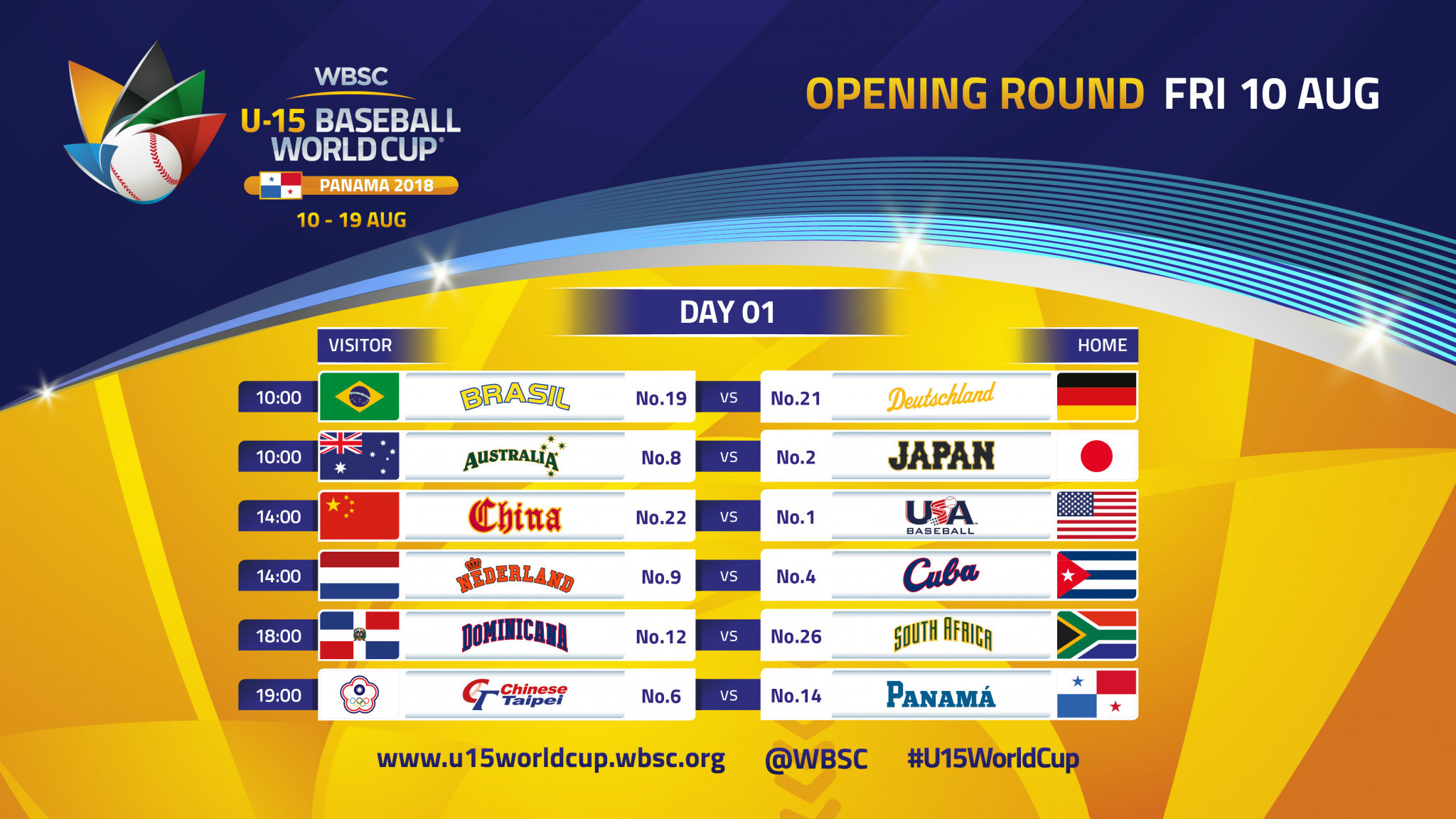 The World Baseball Softball Confederation (WBSC) has revealed the game schedule for this year's Under-15 Baseball World Cup, which is being held in Panama from August 10 to 19.

The tournament, which is being held in the cities of David and Chitré, will feature more than 50 matches played in three stages, the group stage, super round and World Championship medal round.

It will begin with Brazil against Germany in Group A and Australia against Japan in Group B.

Both games will take place at 10am local time on August 10.

Group A, which features hosts Panama, the United States, Chinese Taipei, Brazil, Germany and China, will play in the Estadio Kenny Serracín in David.

Group B meanwhile will face off in the Estadio Rico Cedeño in Chitré.

"These 50 games of the WBSC Baseball World Cup in Panama will determine which nation possesses the best under-15 baseball team and players on the planet," said WBSC President Riccardo Fraccari.

"This global tournament - with nations participating from all corners of the earth - also showcases our sport's geographic footprint, connection to youth and bright future of hitting one billion players, fans and followers by the next decade."

Other matches scheduled for day one include China against the US, the Netherlands against the defending champions Cuba and the Dominican Republic up against South Africa.

Day three will feature one of the tournament's stand out fixtures, as Cuba face Japan in a re-match of the 2016 final.

Two years ago the game finished 9-4 to Cuba.

The super round will follow the group stage, with the top three teams from each group battling it out over three days at the Estadio Kenny Serracín.

That will then be followed by the final game, the World Championship medal round, which will go ahead on August 19 at 6pm local time.

The play off to establish third and fourth place will be played at the same venue, but earlier in the day at 1pm.

A broadcast and live-streaming schedule will be announced at a later date.