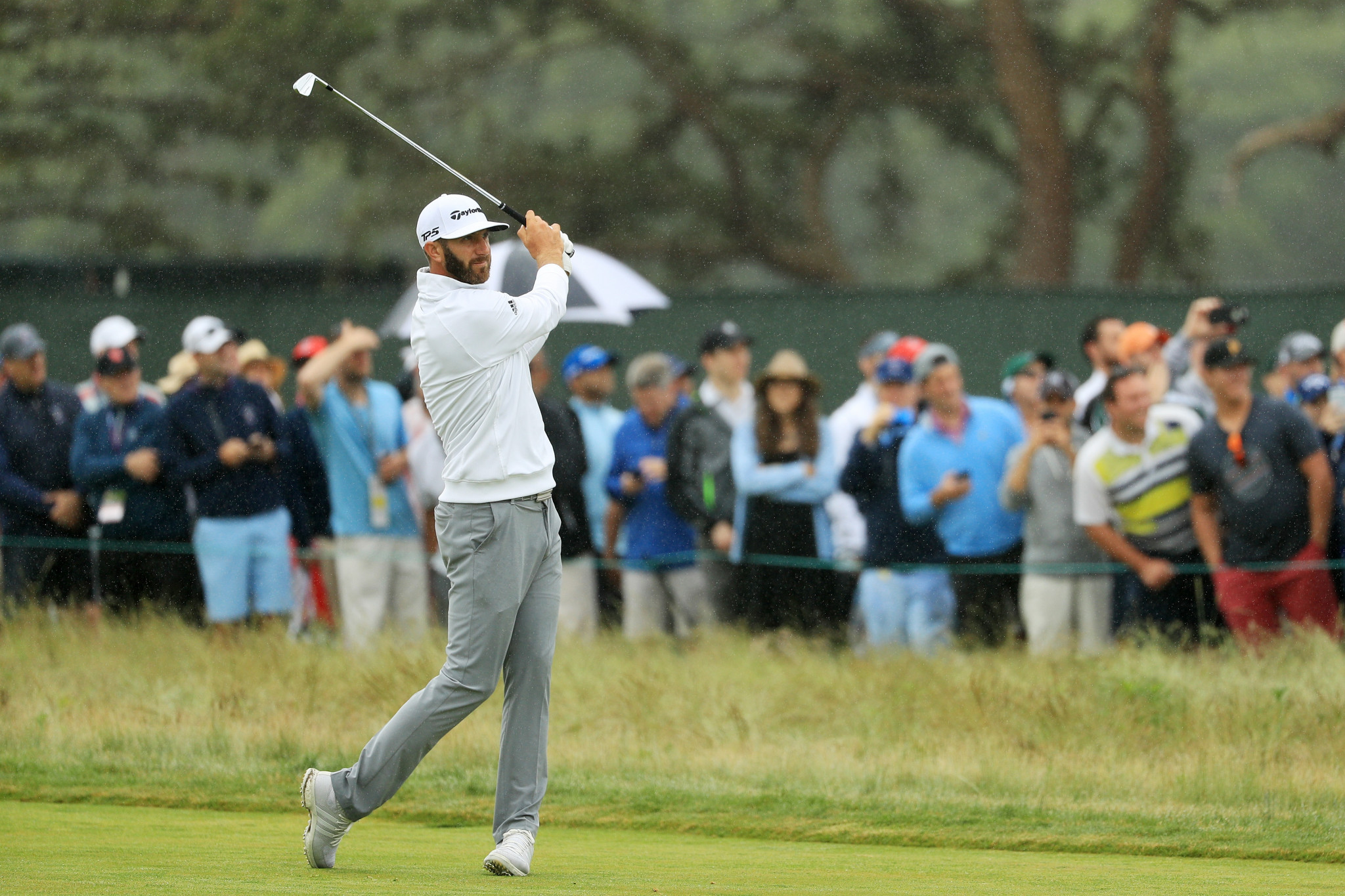 United States’ Dustin Johnson leads at the halfway stage of the US Open at Long Island's Shinnecock Hills.

The world number one was one of the early starters on the second day of competition and was looking to assume the outright lead, having shared it with three other players overnight.

Johnson produced a strong round, achieving four birdies and only one bogey to strengthen his position.

His three-under-par round of 67 was enough to give Johnson the clubhouse lead on four-under for the tournament.

The 2016 winner of the major was nearly joined by England’s Ian Poulter, who achieved three birdies in four holes on the back nine of the course.

It put him one shot off the lead, but his good work was undone on the 17th hole where he triple bogeyed to move back to even for the tournament.

His hopes took another blow when he bogeyed the last, moving to one-over-par.

It left Charley Hoffman and Scott Piercy as Johnson’s nearest rivals, the Americans lying on even par through the first two rounds.

They are among five players on one-under for the tournament, along with Poutler, Sweden’s Henrik Stenson and England’s Justin Rose, the 2013 champion.

McIlroy was unable to recover from his disastrous opening day, with an even second round keeping him at 10-over-par.

It meant McIlroy missed the cut at the US Open for the third straight year.

Tiger Woods also ended on the same score, with fellow American Jordan Spieth missing the cut of eight-under-par by one shot, having bogeyed the final hole.