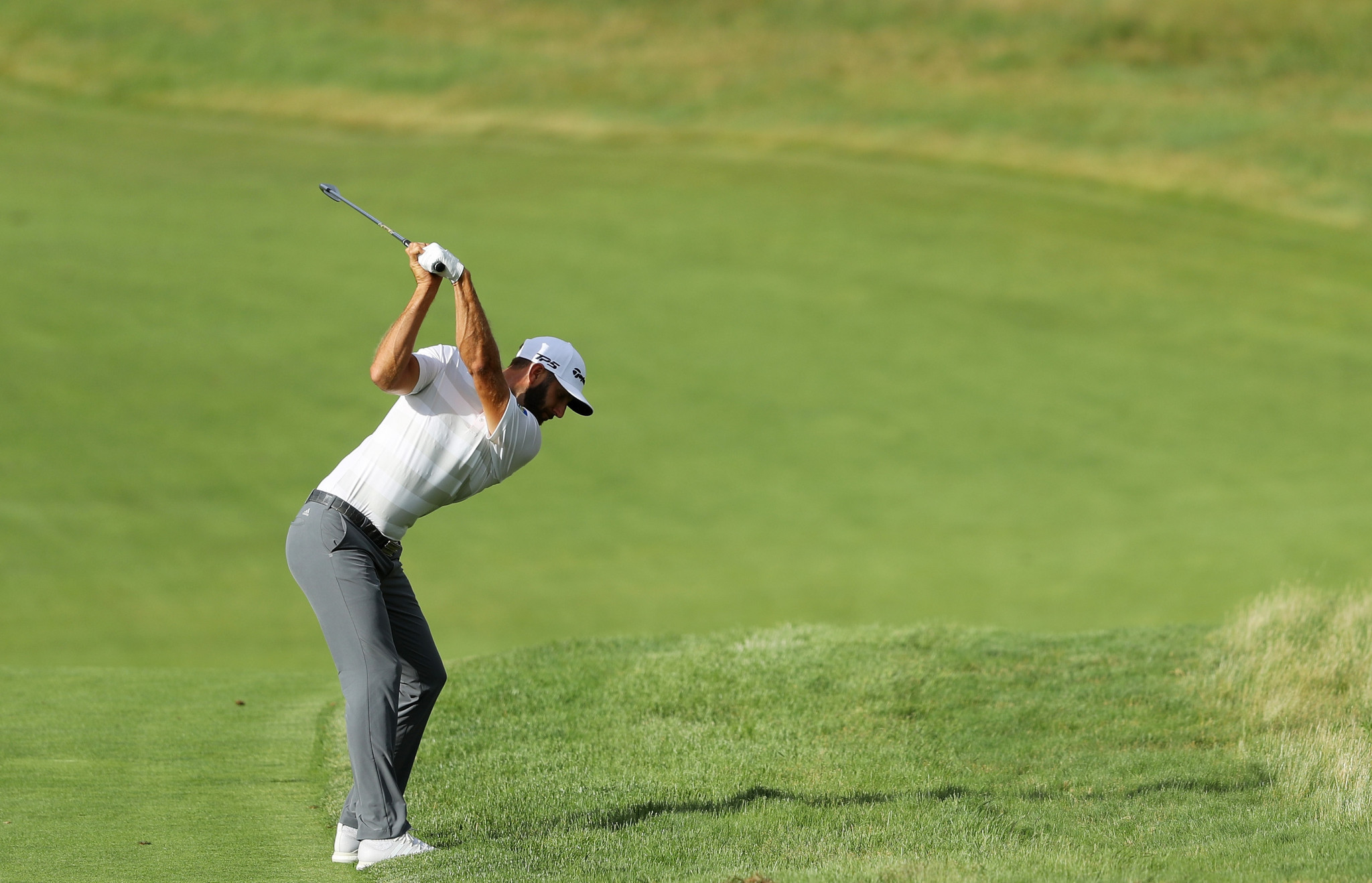 World number one Dustin Johnson has a share of the lead after the first round of the US Open at Long Island's Shinnecock Hills.

The American, winner of the major in 2016, was among the later starters on the opening day of competition.

Johnson had already seen several of the tournament favourites struggle in the early groups out on the course.

He achieved three birdies down the front nine, but suffered a bogey on the sixth after needing to take a drop.

A birdie and two bogeys during the second half of his round saw Johnson finish with a one-under-par round of 69.

Johnson was one of four players to achieve an under-par round, following a challenging day for most players.

United States’ Jason Dufner achieved an even par round to lie one shot off the lead.

Sweden’s Henrik Stenson and England’s Justin Rose, the 2013 winner, are among seven players on one-over-par.

Tiger Woods, who is playing at the tournament for the first time since 2015 after a series of back operations, was among those to struggle.

The American triple bogeyed the first hole and went on to finish with an eight-over-par round of 78.

His compatriot Jordan Spieth, the 2015 champion, replicated Woods’ round as part of a group of star names who struggled.

His playing partners Rory McIlroy and Phil Mickelson would both end the day down the leaderboard.

Northern Ireland’s McIlroy had three double bogeys in his round, which led to him ending 10-over-par.

The four-time major winner now faces a tough task, as he looks to avoid missing the cut for a third straight year.

Mickelson ended as the best placed out of the group with Spieth and McIlroy, but he was still some way off the pace on seven-over-par.