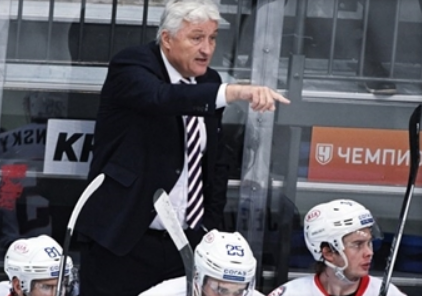 Milos Riha has been appointed as head coach of the Czech men's ice hockey team, but he was only the third-choice candidate.

He comes in to replace Josef Jandac, who guided the country to the quarter-finals at back-to-back editions of the International Ice Hockey Federation World Championships.

His last game was the 3-2 last eight defeat to the United States at this year's Worlds in Denmark last month.

Riha was third in the pecking order behind Martin Straka and Libor Zabransky but both men turned down the job due to time commitments.

"I am extremely honoured by this opportunity, even though I wasn't the first choice," said Riha, whose most recent coaching job was in Slovakia at Slovan Bratislava.

"It is a great honour for me and I'm ready to do everything necessary to succeed."

The Czech Republic won Olympic gold at Nagano 1998 and are six-time world champions, but their last success came in 2010 in Germany.

They lost the bronze medal game to Canada at the Pyeongchang 2018 Winter Olympics in February.

"We talked about Zabransky for a long time, and he was really interested," said Tomas Kral, President of the Czech Ice Hockey Association.

"In fact, we discussed it at length, got down to some of the finer details, but it came down to a personal and family decision.

"He had to decline.

"[Straka] seriously thought about it.

"Eventually, he decided against it, and he had family reasons as well."

Petr Nedved has also been named as general manager of the Czech set-up.

"Riha has contacts from the Kontinental Hockey League and Petr from overseas.

"How they coordinate that is up to them, but I believe this will work."